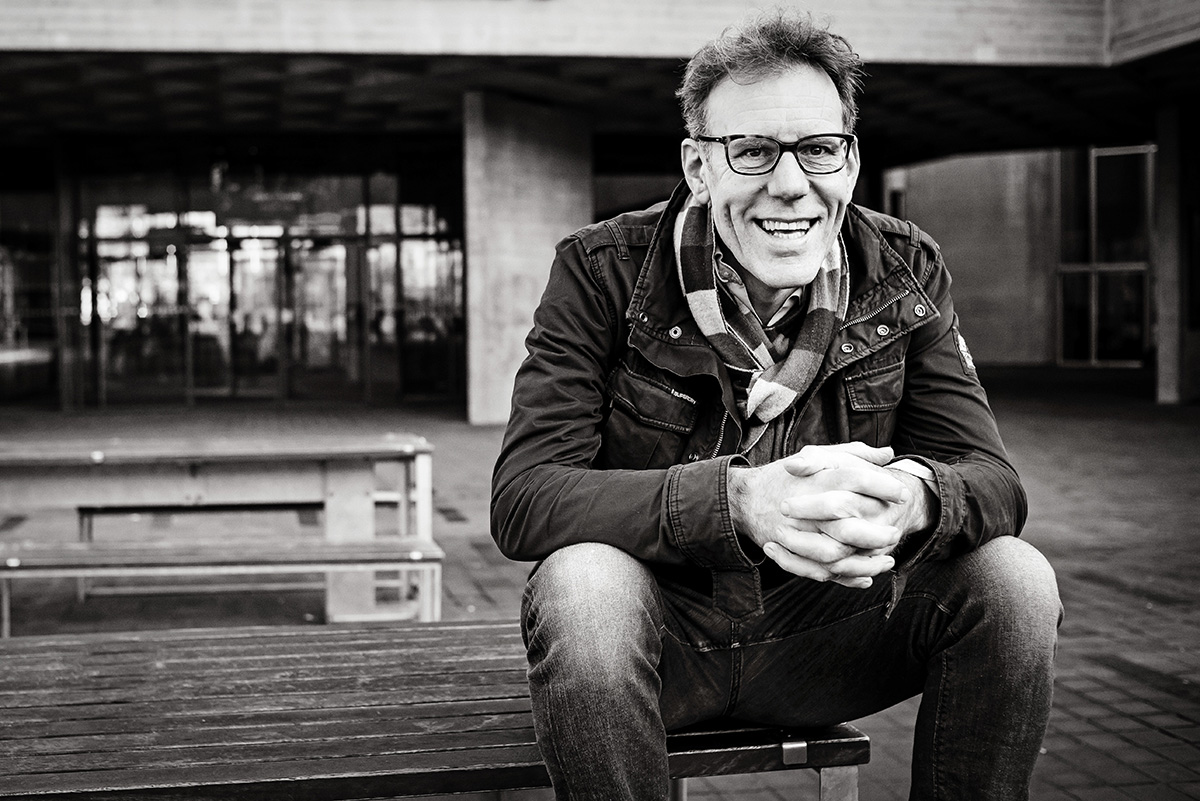 While going out on the streets and capturing some witty or incongruous juxtaposition continues to excite me, I’m forever asking the question – “what’s it for ? Is it not just a rather anecdotal and superficial exercise? Apart from the personal gratification, what do my pictures really convey about the world around me?“

Around 4 years ago I discovered Niall McDiarmid’s work. Over and above enjoying and admiring his images, I felt he ticked many of the boxes that were missing in my work. The crossover of portraiture and street photography really appealed, he was saying something meaningful that went beyond personal artistic expression. 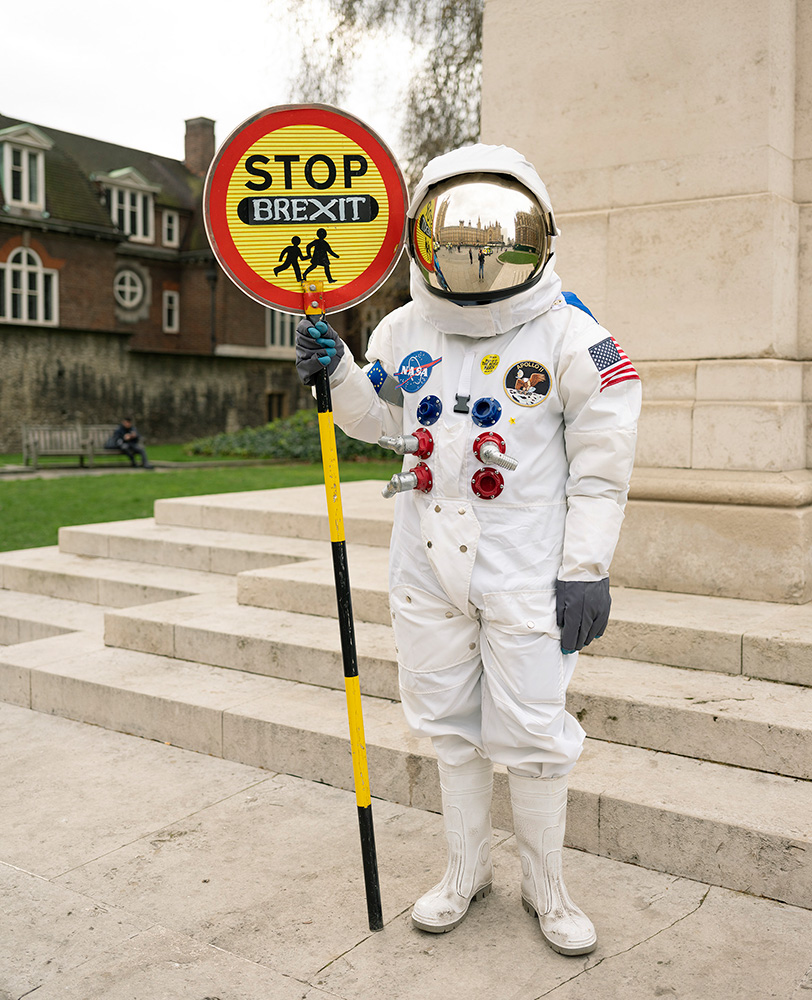 As we finally embark on the year of Brexit (hard or otherwise), Niall’s pictures, as published in Crossing Paths (2013) and Town to Town (2018), would appear to be a document of another kind of Britain, a more inclusive and gentler place. An affirmation of the nation’s multiculturalism, and of a tolerance of how people dress and express themselves in public.

And yet he is not by any traditional references a documentary photographer. “ I didn’t set out with a particular manifesto…. I wasn’t concerned with embedding myself in a community….I’m not even interested in telling the story of the people I photograph… I’ve tried maybe in the past to do stuff that was more cutting-edge, less easy-on the eye, but in the end the work has to reflect your personality .”
“ I’m actually quite a serious guy, but I discovered I’m good at and enjoy chatting to complete strangers, even when I’m not taking photos.”
This natural gift, enhanced by what he describes as “the gallic charmy-type nonsense of a man come down from the Highlands”, has enabled him to entice a whole cross section of passers-by to stop in their daily tracks and pose in front of the camera. 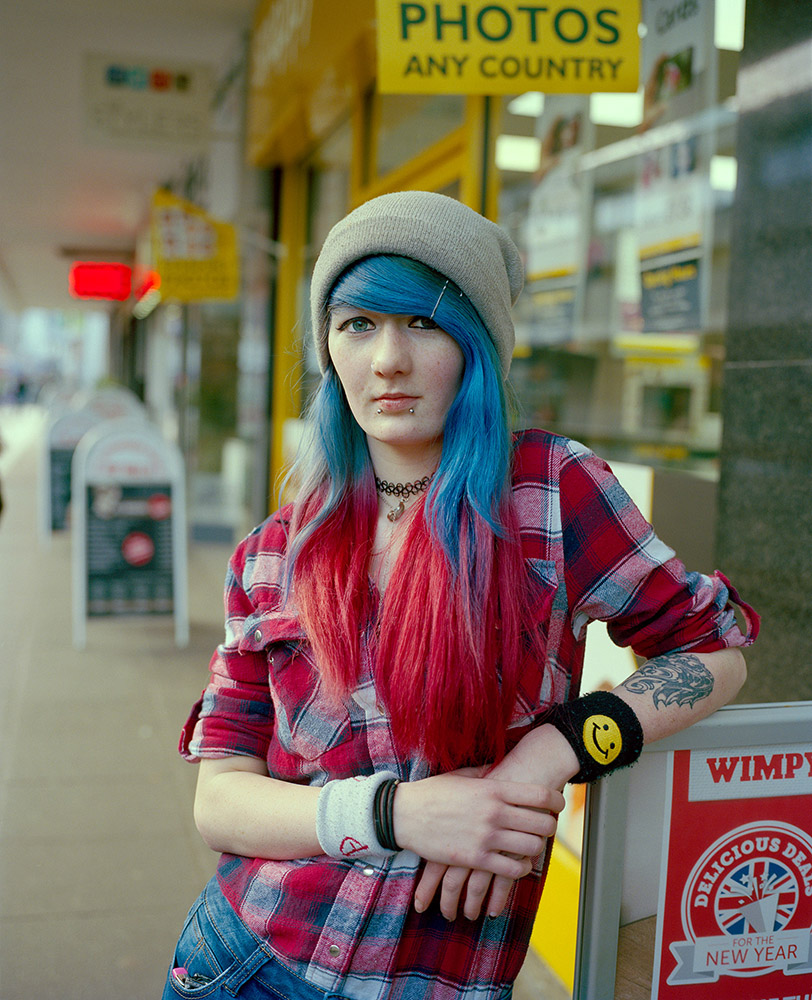 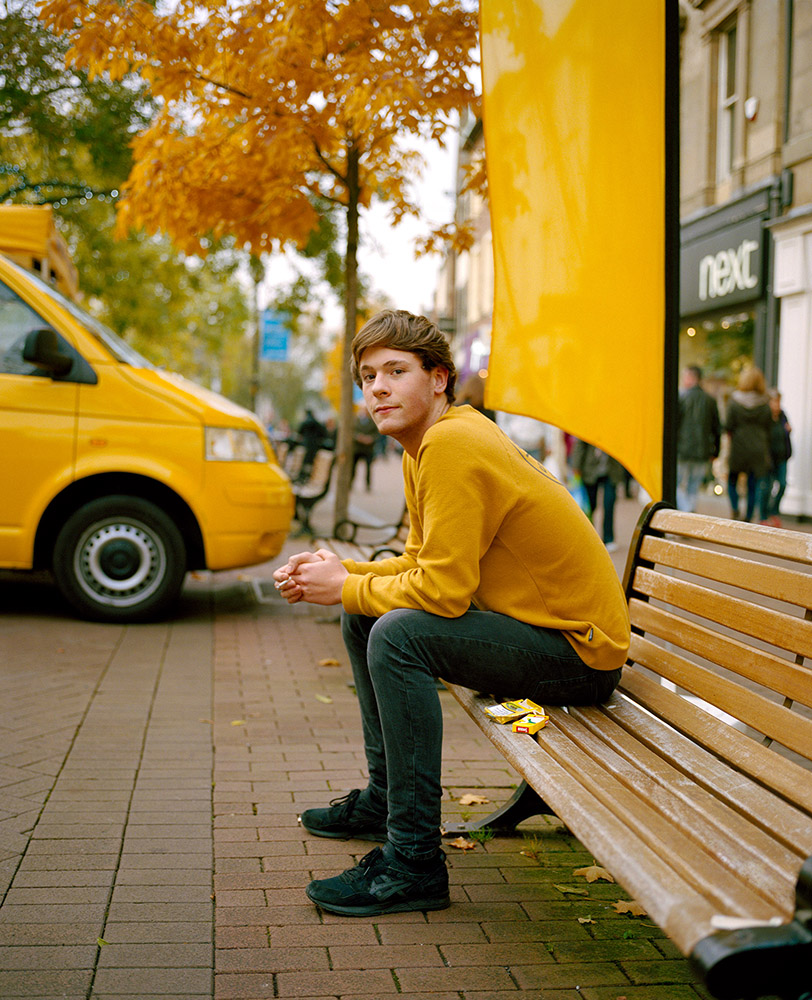 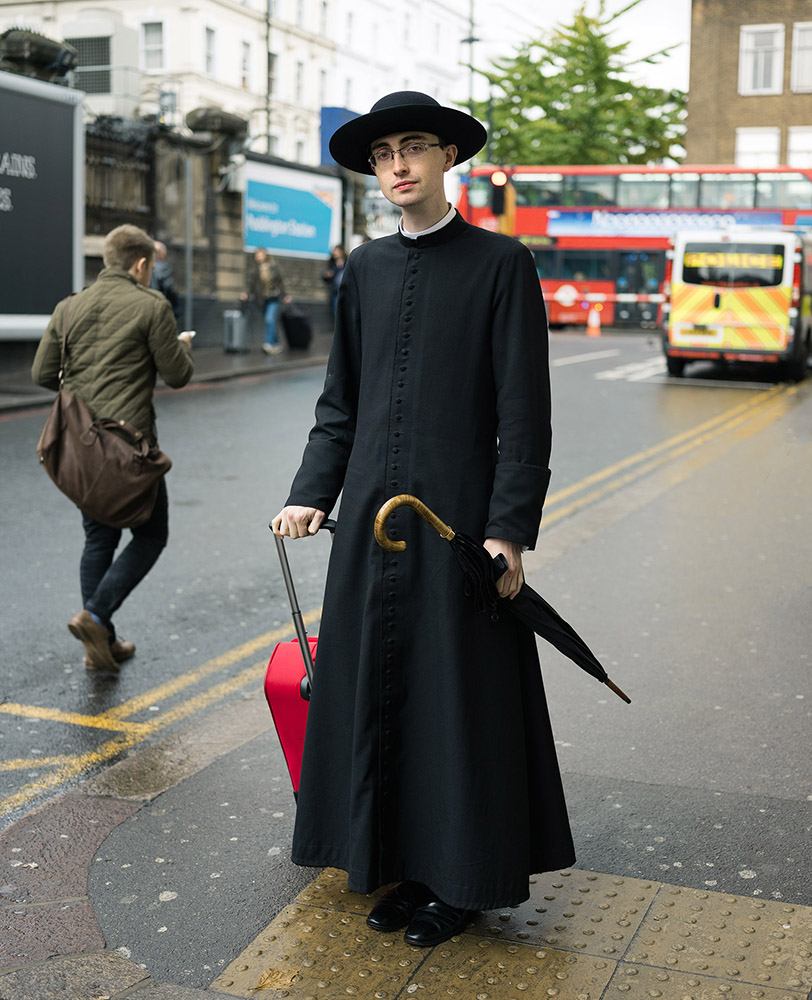 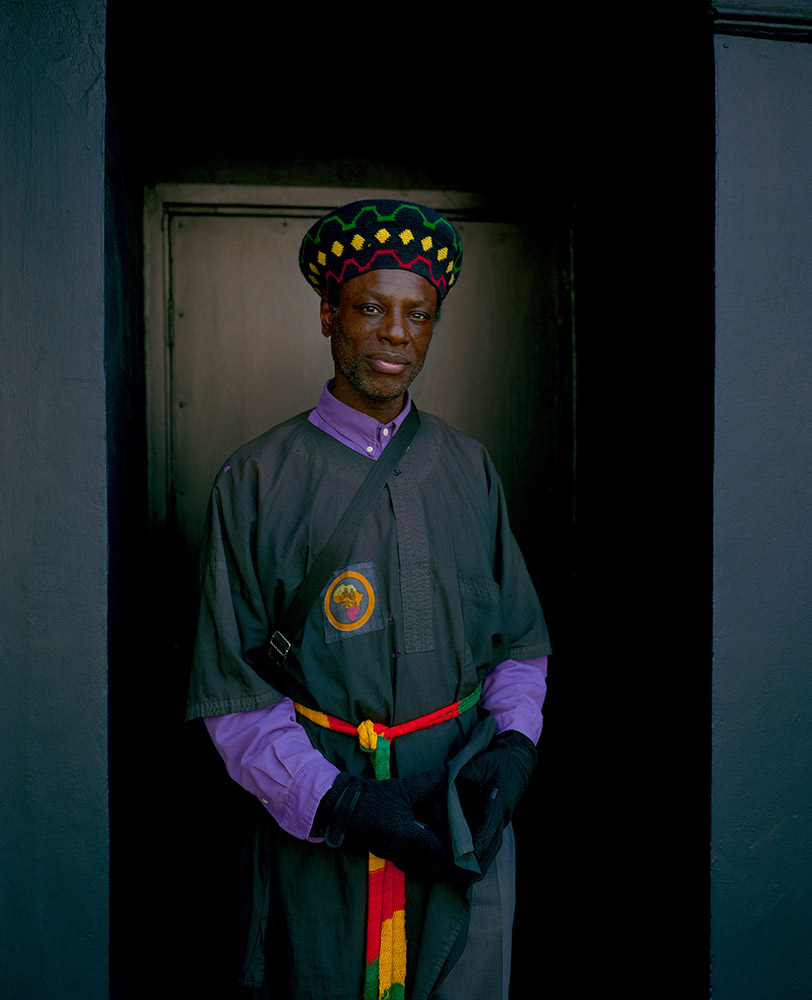 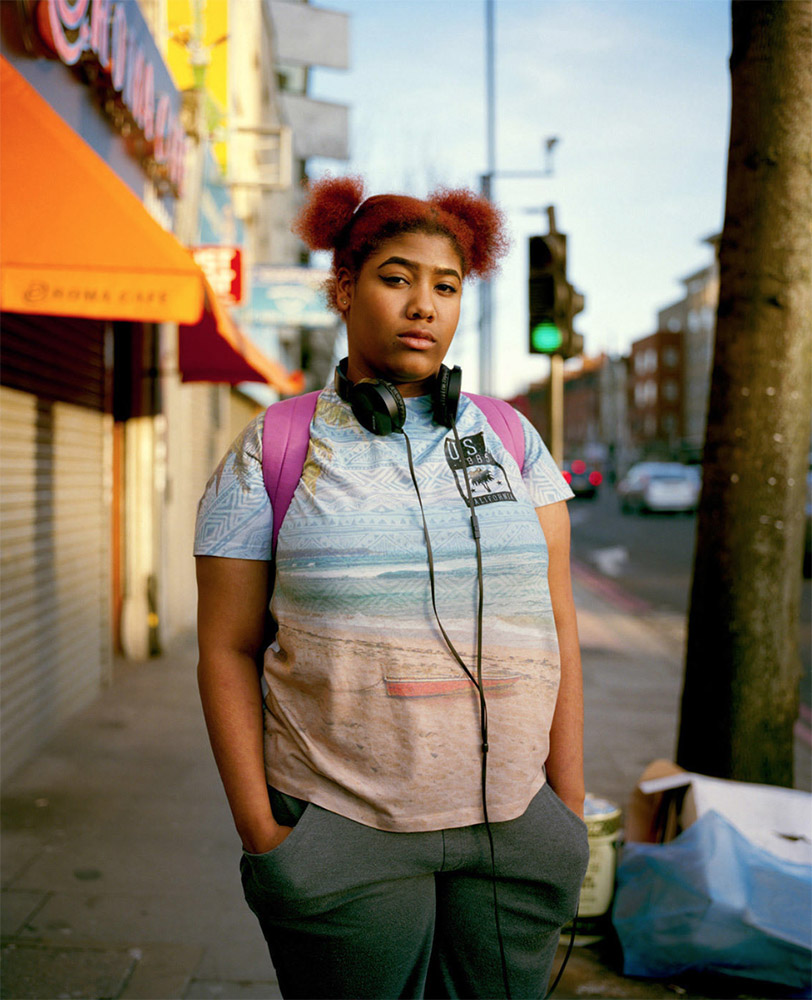 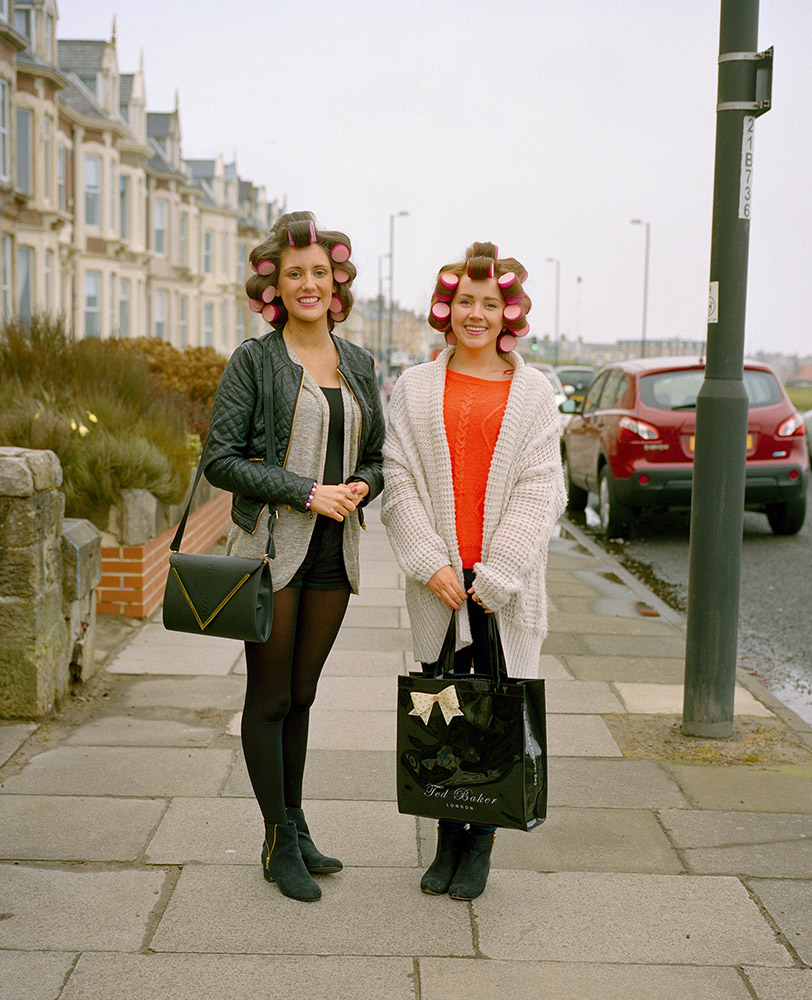 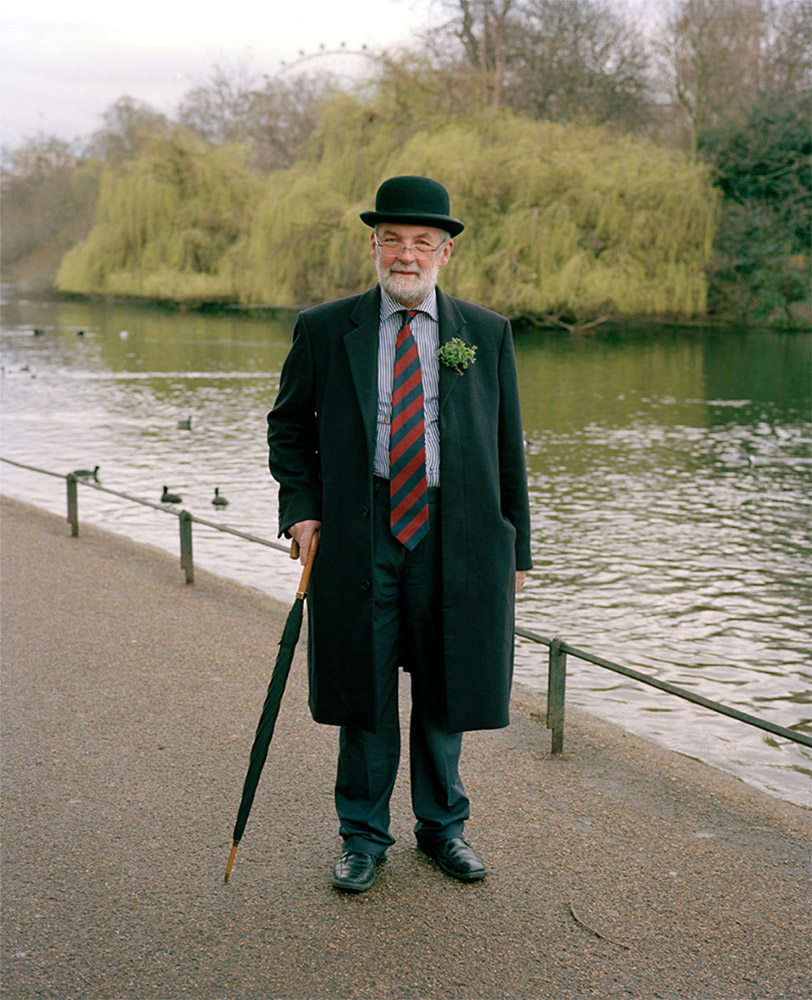 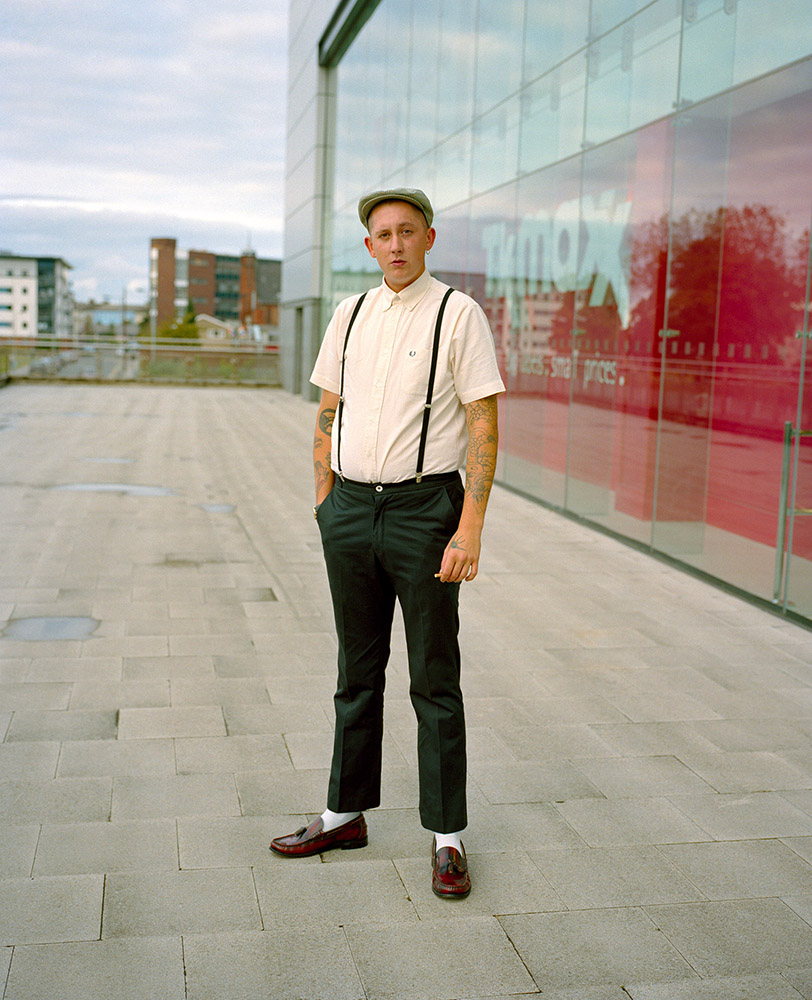 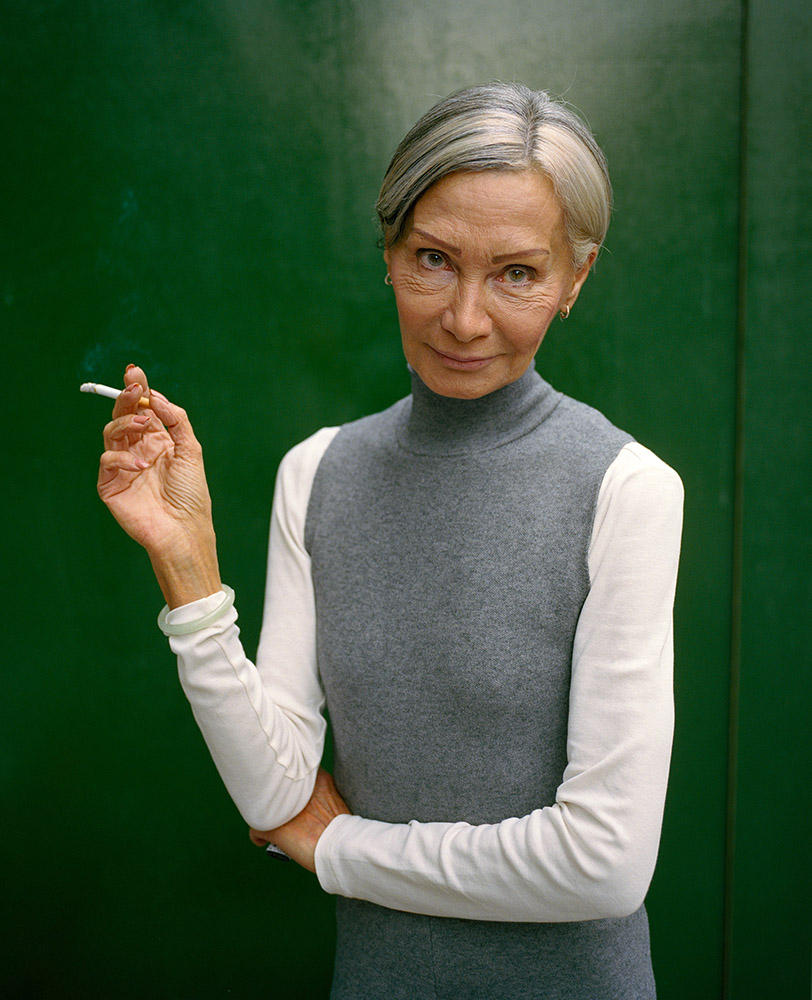 Niall’s quick working approach (never usually more than a few minutes, 2 or 3 shots) lends a particular quality to the pictures, a certain lightness of touch. The portraits have a necessary formality due to their posed nature and compositional structure and yet they retain the spontaneity and authenticity of the chance encounter on the street. He seizes so masterfully that in-between moment, a mixture of awkwardness and trust passing from subject to photographer. While there is often a direct gaze into the lens, Niall is not categorical in his choice of expressions, he’s even confident enough to allow a smile if it’s appropriate. Even though he deals with the ephemeral, Niall’s portraits take on an almost timeless feel. The ordinary are made to look that little bit extra-ordinary.

Apart from his “people-skills”, the other supreme gift he possesses,  whose charms I am equally susceptible to, is Niall’s eye for colour. It is central to his work and what makes his pictures so readily identifiable. The clothes, the background, the general environment, all in such perfect harmony. 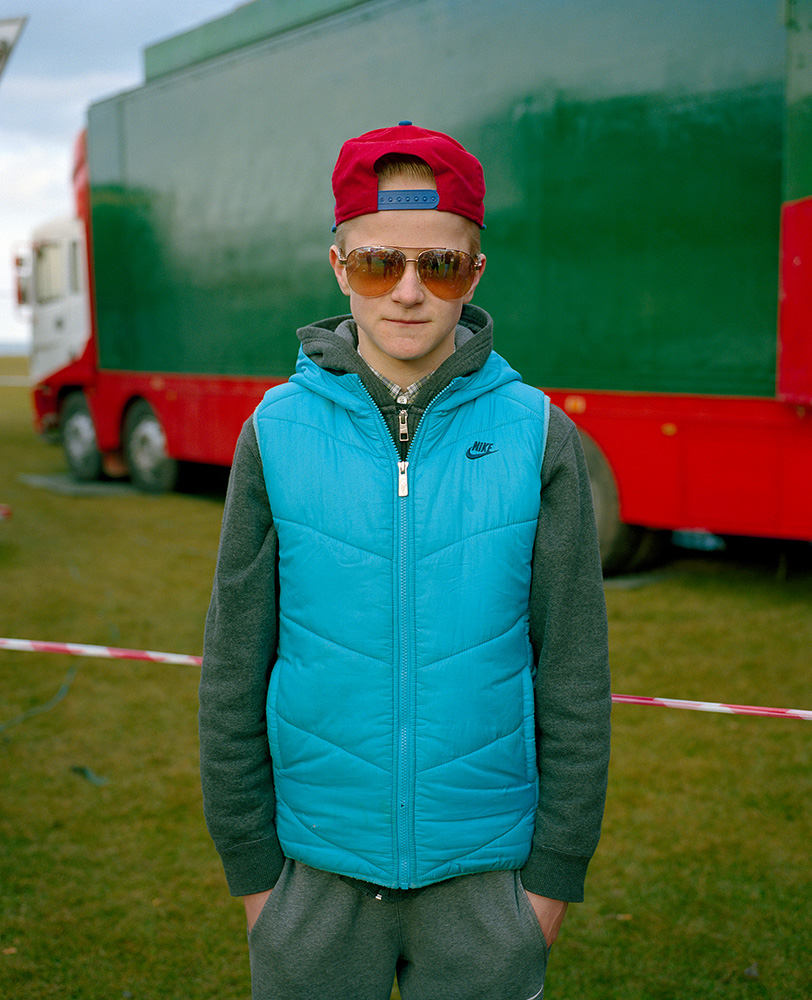 As already mentioned, it’s not so much the underlying social commentary of the photograph that matters to Niall, it is the visual language on the surface of the picture itself that is paramount. In my opinion, his mastery of colour harmony, has also allowed him to make a virtue out of certain features of the British urban fabric that we would normally dismiss as rather unattractive ( road signs, rubbish bins, petrol stations, construction hoardings etc..) 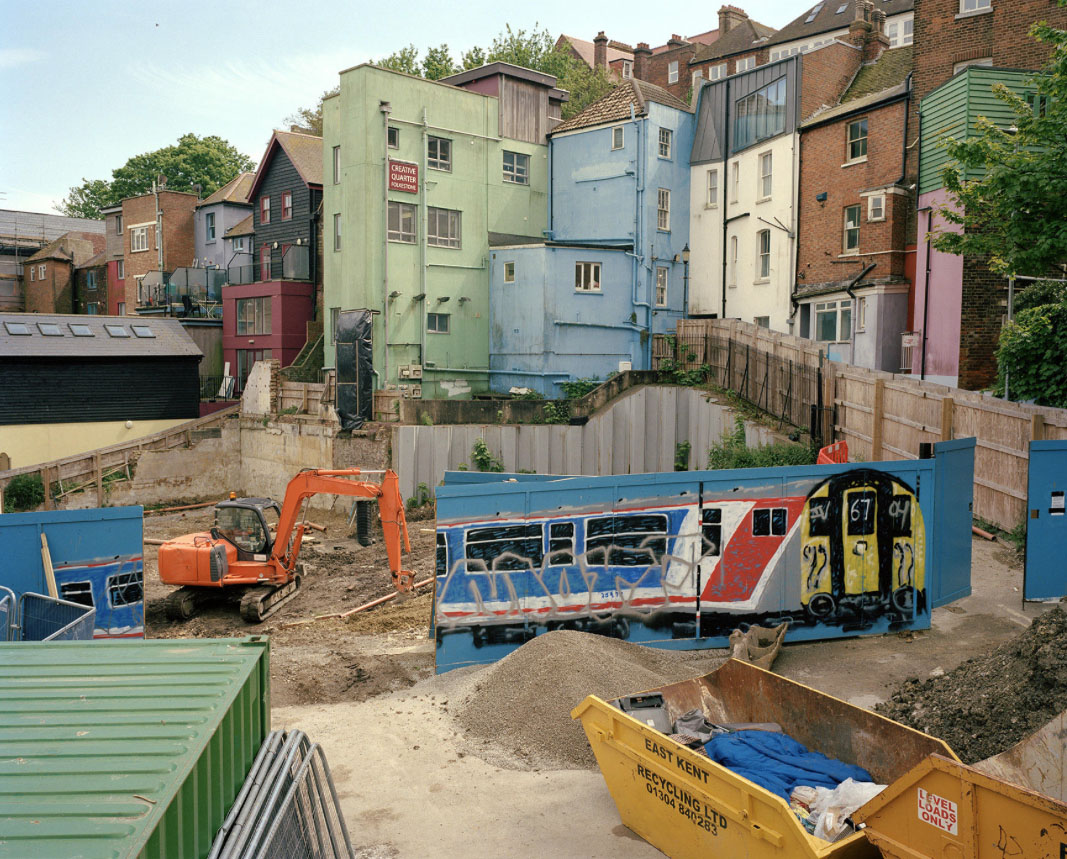 While street portraiture and vibrant colours were definitely what established the McDiarmid brand to his internet following, his latest book, Southwestern (2019), is the premise of a slight change in direction, though not a completely new departure. 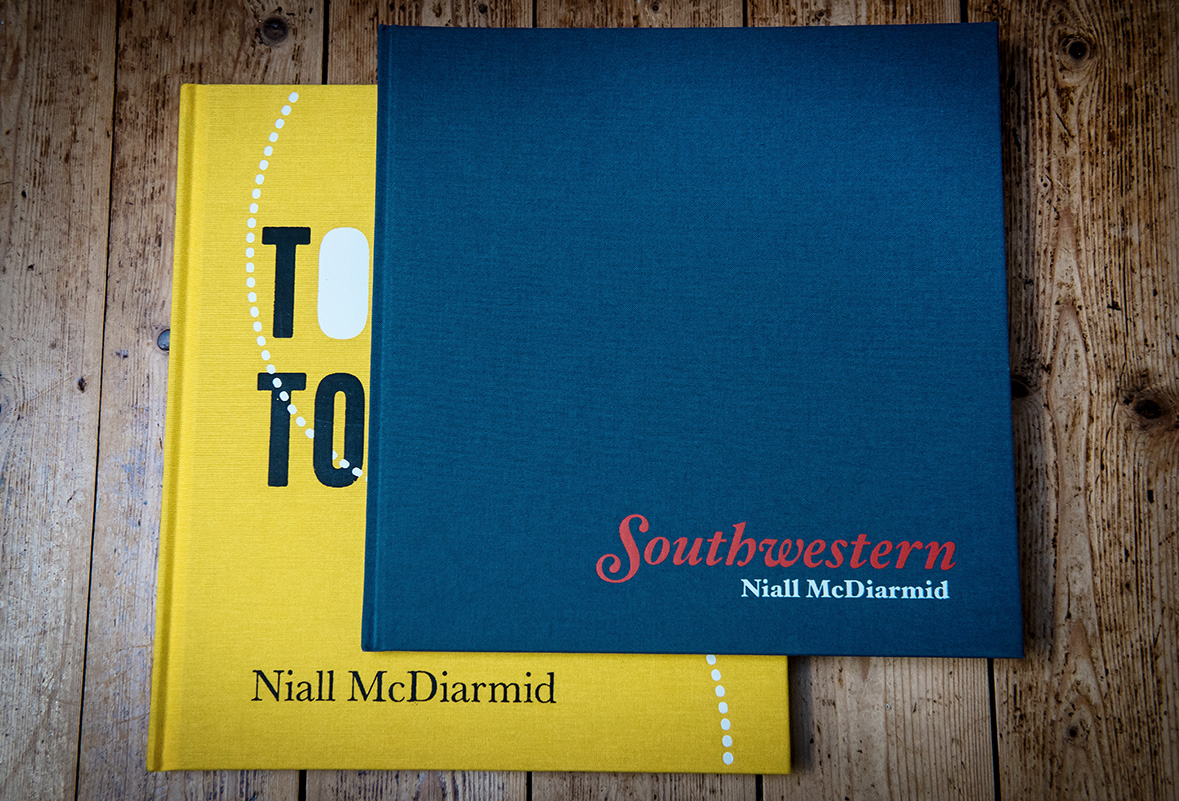 Niall’s current quest for photographic beauty delivers a more varied approach, including empty cafés, still lives, urban landscapes, as well as the use of some more muted colours. “ It’s a bit like when a musician makes an album. You put out a couple of hit singles that grab the public’s attention and then you fill out with other tracks that are maybe more subtle, and which over time grow more”. 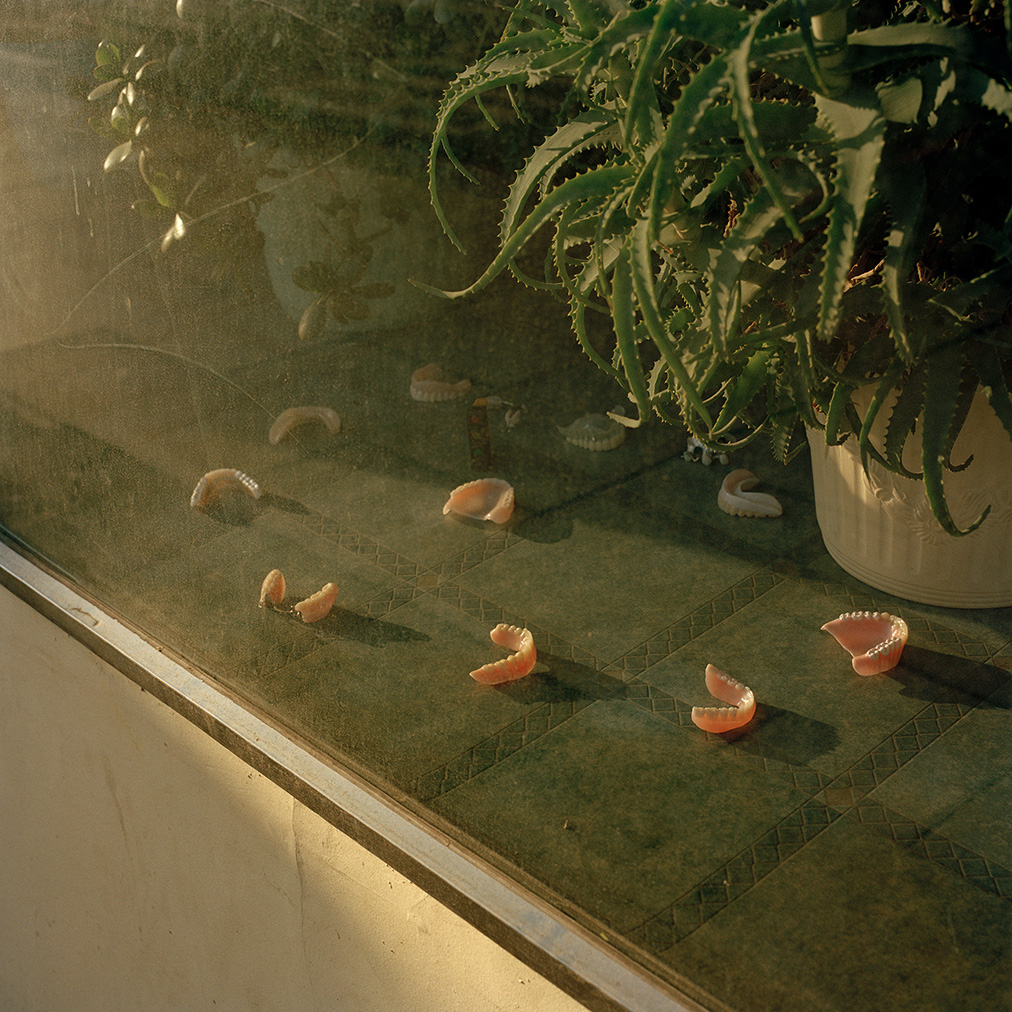 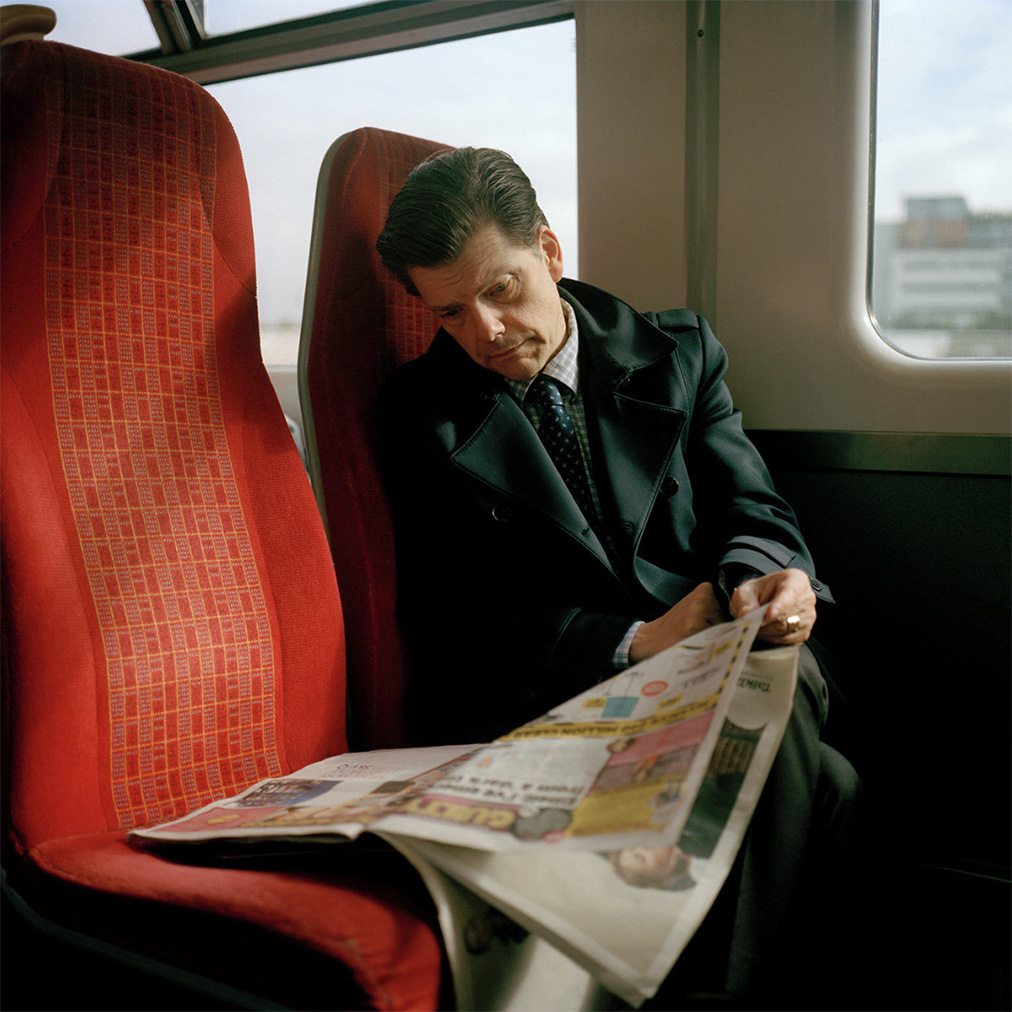 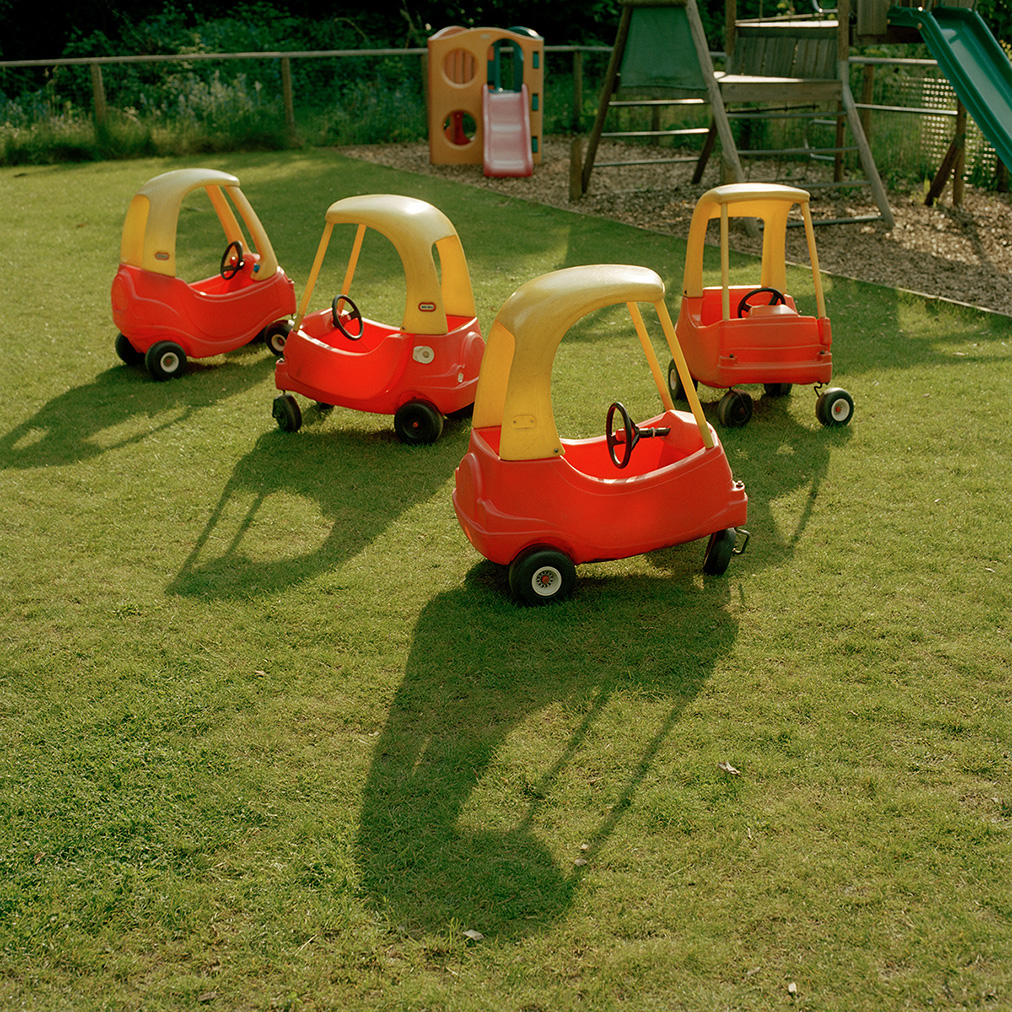 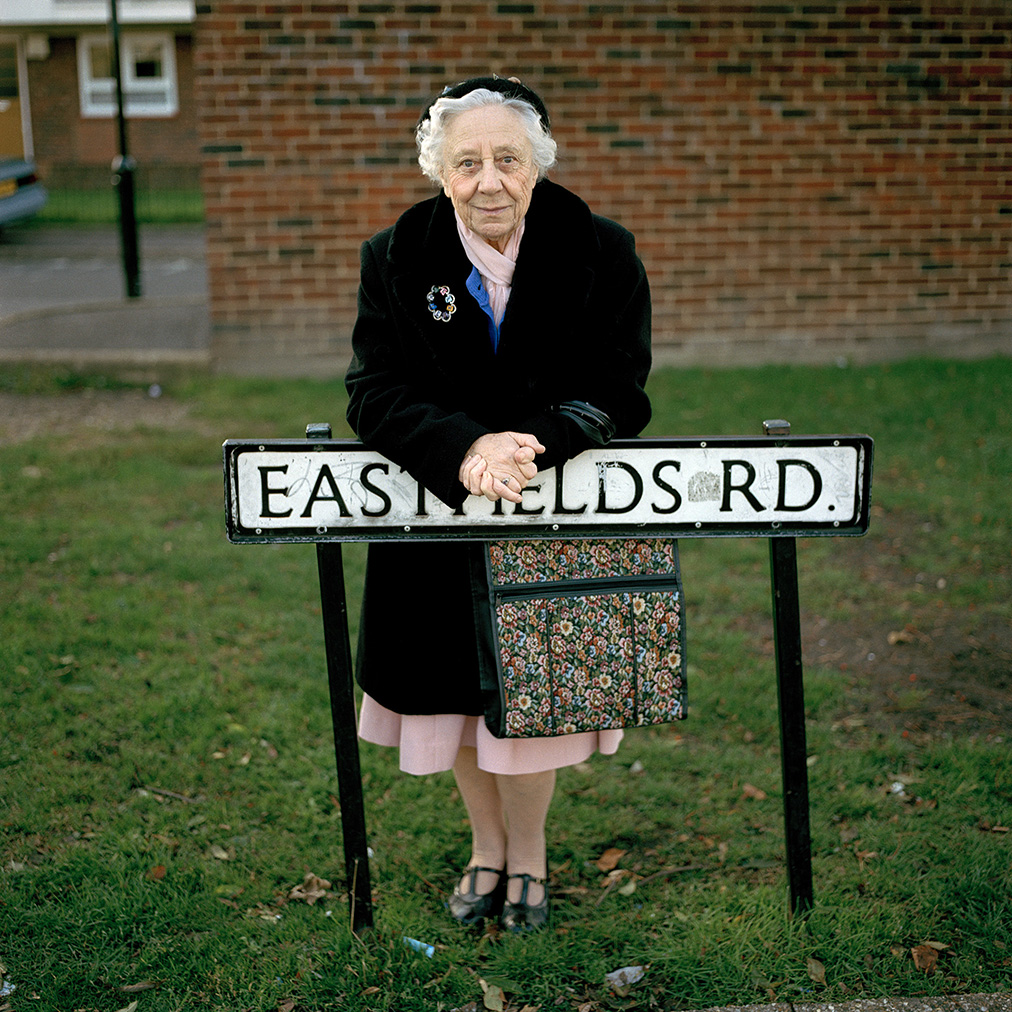 Though I’m not trying to copy Niall’s style, the discovery and continued interest in his body of work, has been an inspiration and helped liberate my own practise in street photography. Whereas before I felt bound by some immutable rule that all persons photographed in the public arena should be unaware of my presence, I have increasingly felt that such a purist approach was unnecessarily inflexible. While I do enjoy the thrill of stealing a moment unnoticed, I also enjoy the connections and brief encounters involved when asking complete strangers for their picture. In a time of increased mistrust and when people are self-absorbed in their digital worlds, it is a positive action in itself to engage with those around us. The picture below, is the fruit of this new approach, a wonderfully improvised moment that started out as an-asked for street portrait. Thank you Niall for helping contribute to this evolution. Like him, I have realised that what is essential is above all to continue enjoying the process of walking out the front door and taking pictures.

all pictures published with the kind permission of Niall McDiarmid.