Taking responsibility on the streets

I have a confession to make. I’m not comfortable taking pictures of strangers. That’s a rather serious admission, especially for someone who proclaims to be able to teach the art of Street Photography. 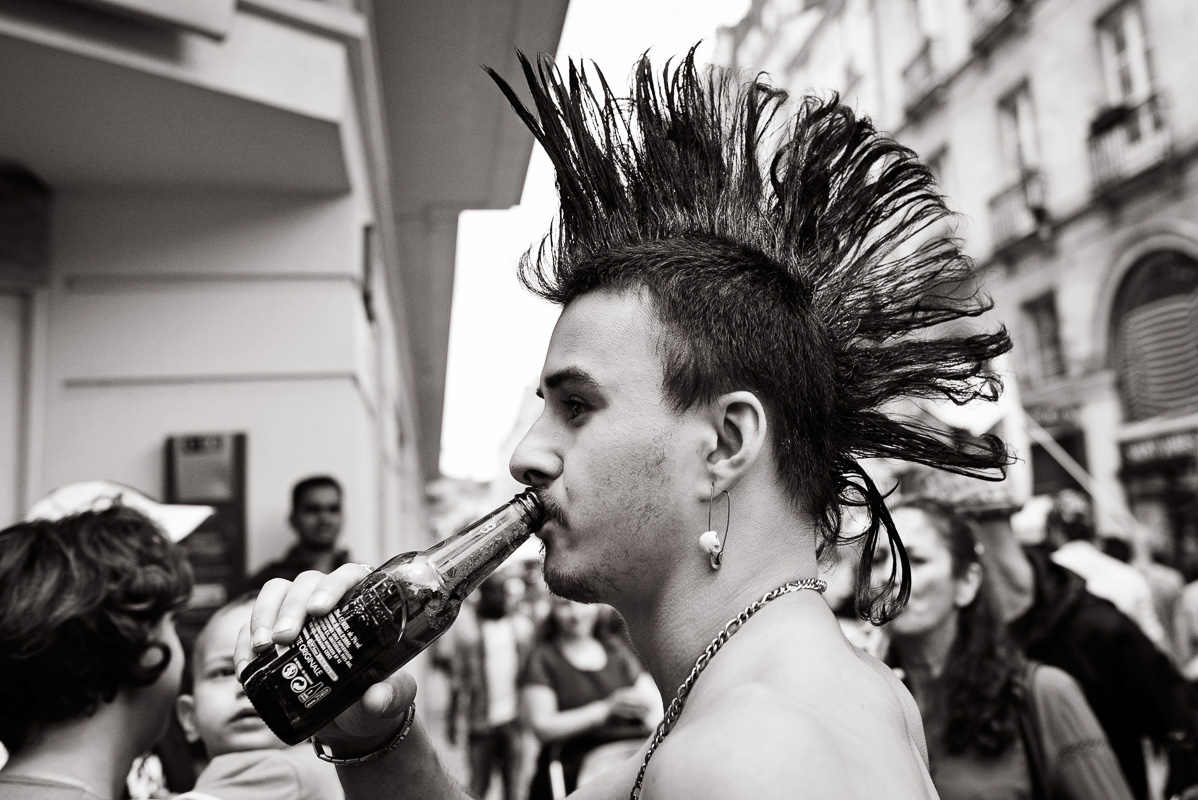 Maybe I should qualify that statement: I no longer feel that at ease shooting people I don’t know on the streets. Is it middle age that’s done it for me, have I lost my mojo, where’s the carefree approach of my youth?
There’s probably a bit of that. But I’m not just talking about fear of getting a kicking or having my camera trashed. I’m referring also to the fact that my viewpoint on certain questions has altered over time. Questions relating to ethics & personal responsibility. For example, when I started out I probably felt that photographing old people in “funny situations” was fair game, so to speak. Today, I have more respect, and do not want to take advantage of those who can appear vulnerable. More about respect and fair game later.

Whenever someone shouts at me “droit à l’image” (privacy rights) here in France, the moment I’ve been spotted trying to take their picture, I instinctively feel like shoving the selected works of Brassaï, Doisneau, Ronis back in their faces, and demanding where this nation’s esteemed cultural heritage would be without the candid street images of these iconic figures? Surely I can do as I please, even in France, when I’m in a public place?

And yet… at the same moment, I can hear Bieke Deeporter’s voice in my head, describing how uneasy she felt shooting on the streets- “I felt I was kind of stealing something from people…. photography should be a two-way conversation”.

With Street Photography, this notion of always taking and never giving back, is difficult to refute. I don’t profess to be making some social and historical document with my street photos, I’m basically doing it for personal pleasure. Although I never knew it back in the day when I was doing my formal university studies, my personality is probably well suited to being a photographer, and a street photographer above all else. I often feel like an outsider; I enjoy being an observer, even to some extent a voyeur. I get a certain thrill from capturing a moment without being noticed, the adrenalin of seeing how close in I can get in to “ steal a picture” ( though usually someone spots me !) 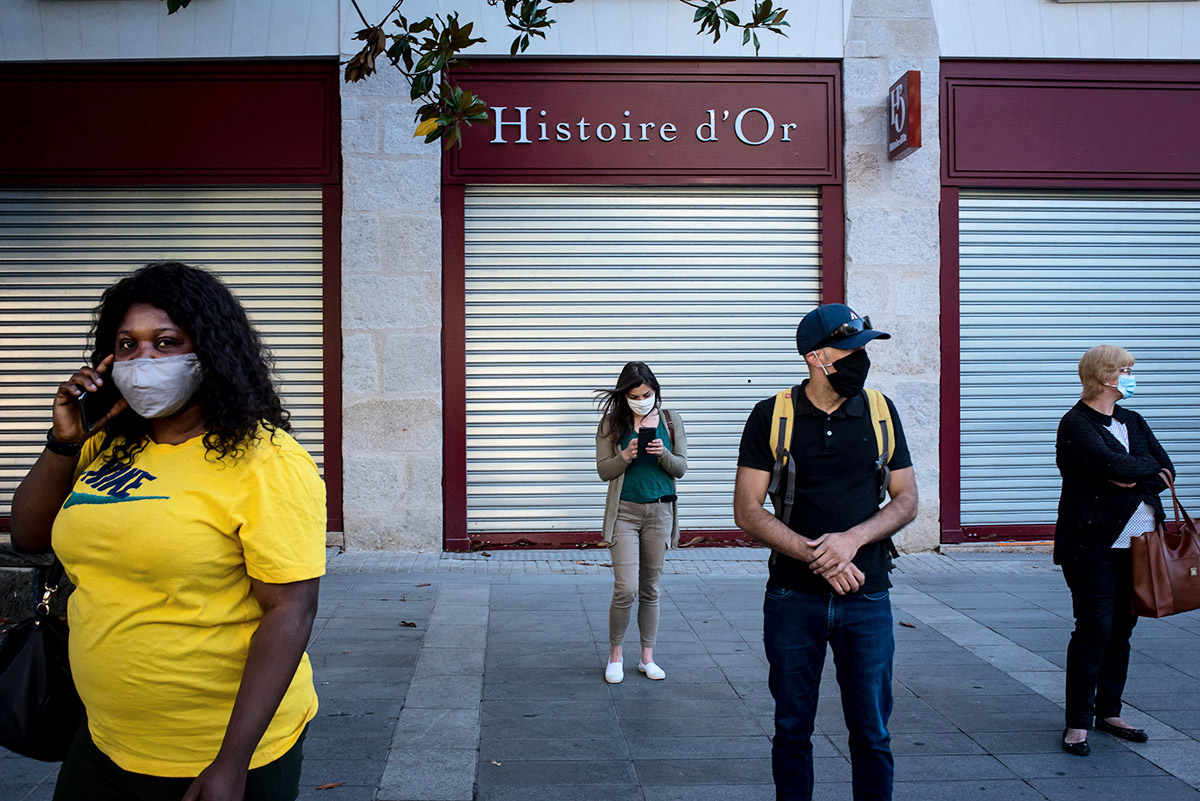 I’ve listened to Mark Steinmitz  talk about the transgressive appeal of street photography, and indeed there is a challenge of going to those places where you feel you’re not necessarily welcomed. Indeed, in my photographic career as a whole, I probably speak for many when I say that not consenting to the rules of authority, often provides for the best pictures. Being told, even in official events, that you can’t stand here, or can’t photograph such a thing, is often an incentive to do just the opposite.

There is however, quite a difference between my commercial work and my street photography. In corporate and wedding assignments, I’m generally trying to flatter the people photographed. This is not just because these are paid jobs and what the client expects; I actually take a lot of pride in being able to capture people in their best light. On the streets, though, I’m looking to catch people unawares. I’m not overtly attempting to capture “negative” expressions, but certainly “interesting” moments reflect the full gamut of human experience. 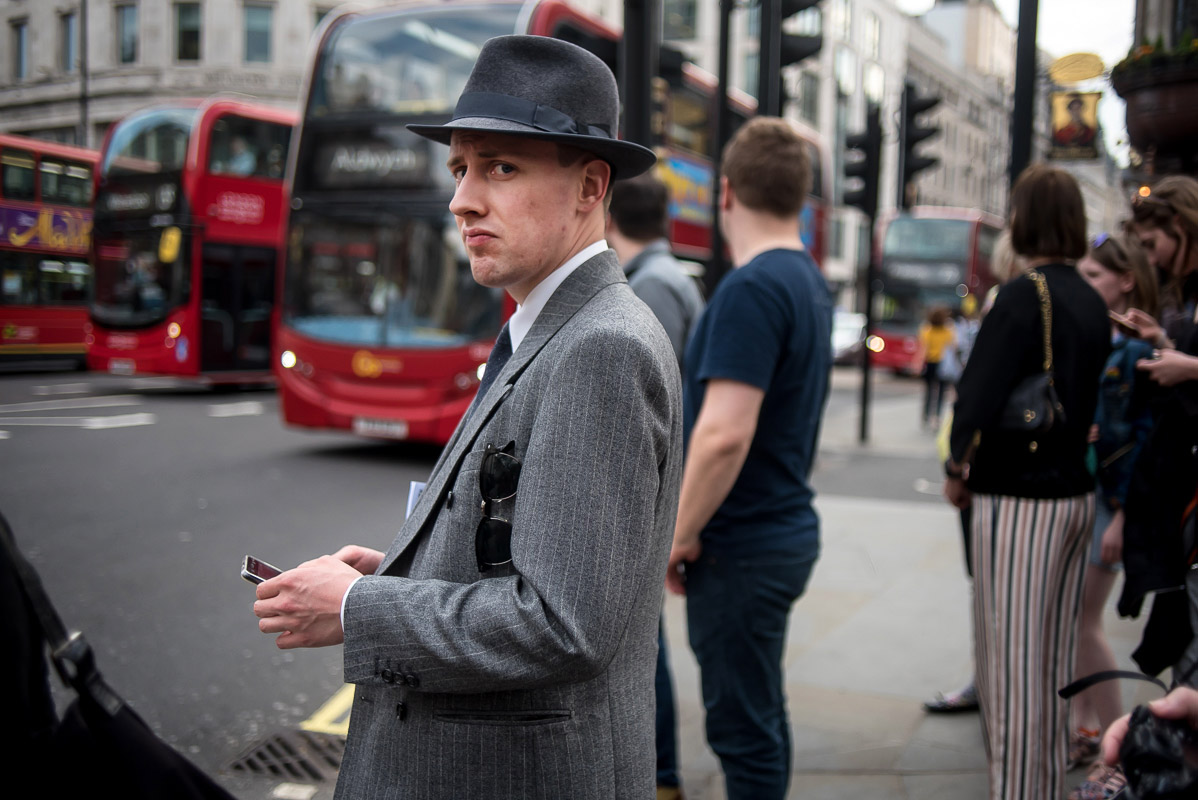 Two photographers in particular come to mind when discussing the ethics of street photography . The first is Diane Arbus. She is known more for posed or semi-posed portraits, than candid moments, but her work has a definitive “ street” feel. She showed us how we are often drawn to those that look different, unusual.

She took it further than most: a gallery of misfits, some would say “freaks”. Her pictures are both fascinating and disturbing. Like a reflection of our own vulnerability. I could no doubt devote a whole post to her work, but what interests me in relation to street photography is the notion of what we define as “characters” and how in our picture making we are often making judgements about those who somehow deviate from the norm.

The other photographer is Martin Parr. His whole career, at least from the colour work onwards, has been predicated on the notion of making the ordinary look ridiculous. The central issue with his pictures is deciding whether he’s simply holding a mirror up to the absurdity of consumer culture and leisure activities, or if he’s taking a more active role in portraying people in “unflattering” light, and basically mocking his subjects. The line is sometimes fine and it is too harsh and simplistic to cast Parr as deliberately cruel and cynical. Kindness, however, is certainly not a salient feature of his photographs.

These two examples demonstrate how we are often treading delicately on the boundaries of respectfulness when photographing strangers on the streets. Things would no doubt be more boring if we just shot people looking happy or if street photography was simply restricted to visual games of light and shade, but that doesn’t preclude the need to ask ourselves whether capturing someone in a particular situation without their knowledge is always appropriate.

Similarly, I have always worked on the principle that if I can’t shoot a scene thought the viewfinder then the picture should not be taken. This is my own rule of personal integrity. If I don’t have the courage to look at my subject, more or less directly through the camera, then I believe I’m not abiding by the (unwritten) rules of the game. Many an occasion has arisen for example on public transport, when I’ve been ever so tempted to shoot from the hip, but I always end up resisting and deciding whether I have what it takes to frame at eye level. 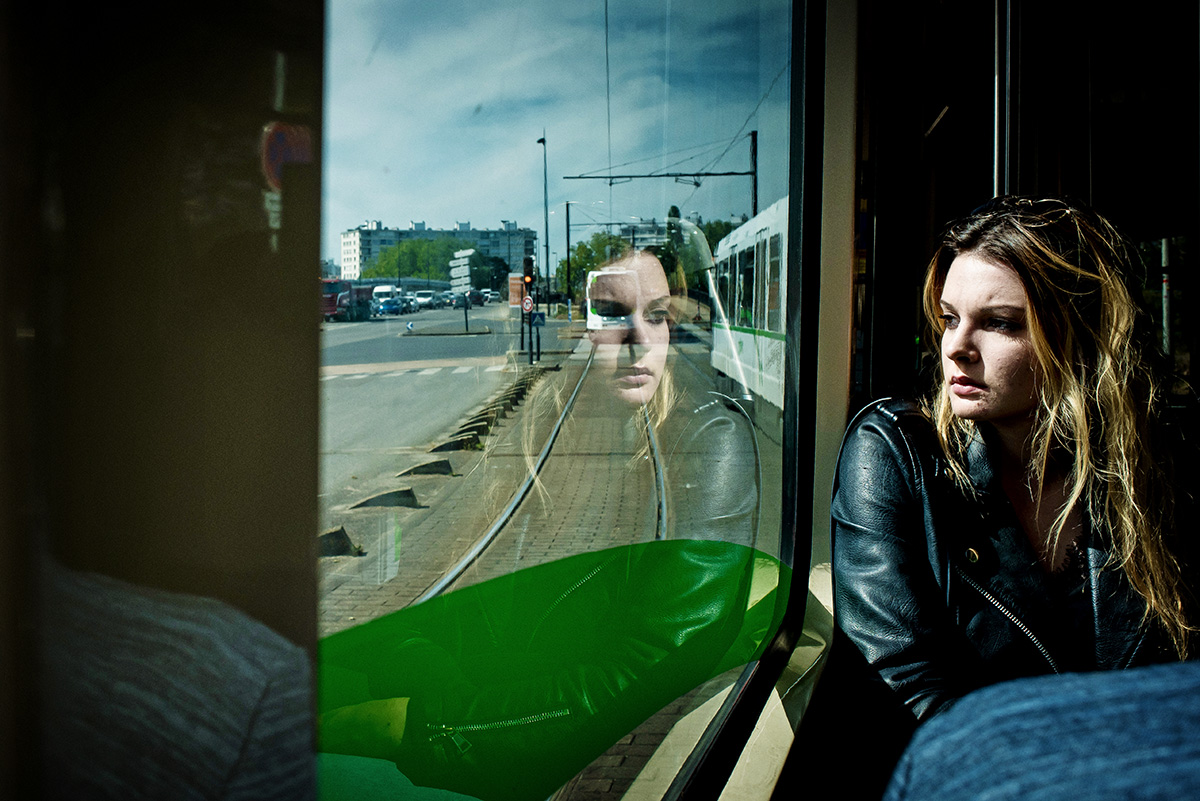 I’m fully aware that new mirrorless bodies with tilting screens etc are opening up whole new ways of seeing and taking pictures, but I still feel awkward about what I perceive as worst as cheating, and as best as being sneaky. The means don’t always justify the ends.

My own views on what constitutes taking responsibility, or having integrity on the streets will no doubt continue to evolve. It is not a black and white issue and the motives for photographing strangers are often quite complex. Maybe it would be better just to go with the flow and not “waste time” asking all these questions. However I do believe that being truthful to one’s own inner values is important, and this defines, one way or another, the vision that we express when we go out recording the private moments of our fellow citizens, in the public arena.