A couple of years ago I went with a Street Photographer friend to do a recce in the coastal town of Saint Malo to decide if it was going to be a suitable venue for a weekend workshop. It was early January and the place was not throbbing with tourists as is customary during the summer. The best image I shot that day was this gate to a car park inside the city walls. 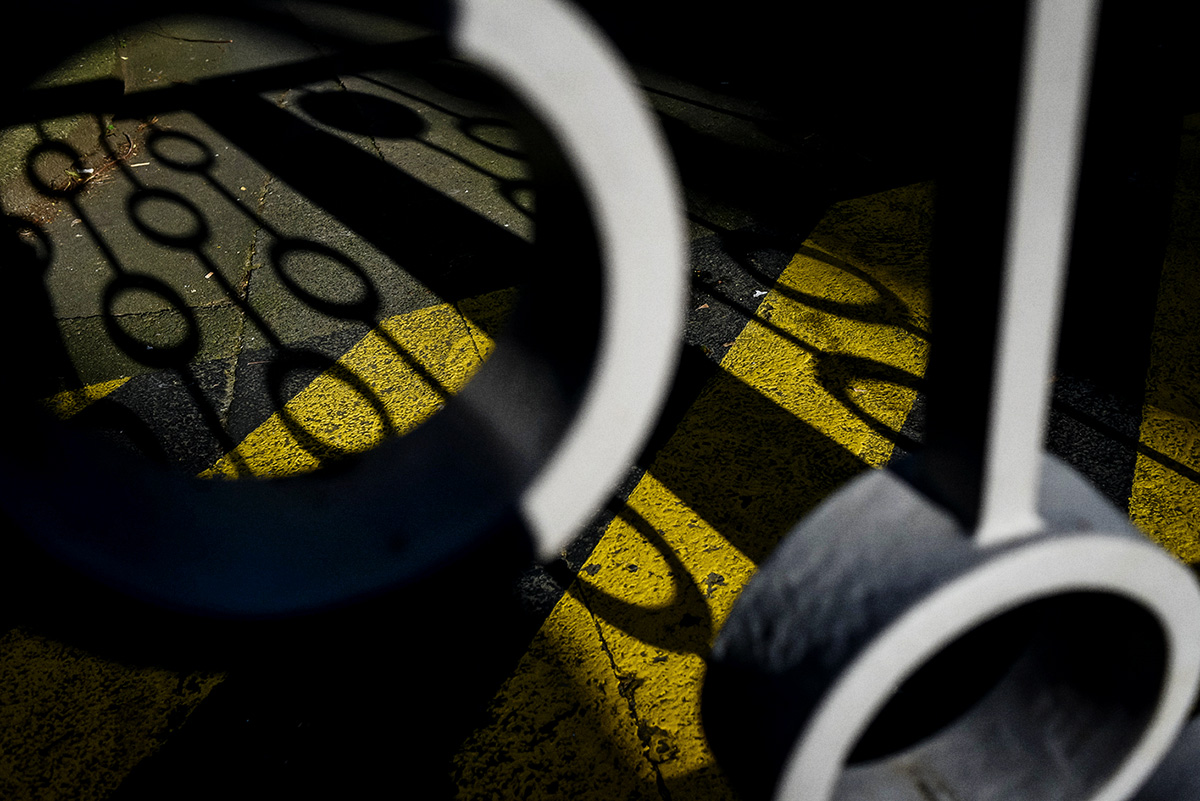 The quality of light, the colours and above all the ring shapes and elongated shadows, immediately captured my attention and I endeavoured to get the most dynamic and abstract rendition of the scene.
I was content with the result, but can this truly be called Street Photography?
My friend was dubious, but for me there’s no debate. Why presume that Street Photography has to include people?
When I started out as a photographer in London, labels such as Street Photography didn’ t really exist, or not in the same categorizing or community sense as today. I just hit the streets and took photos. Whatever caught my imagination was a valid subject.
I was just following in the tradition of what so many great photographers had done before me, seeking out the unusual, even the surreal, among the ordinary material surroundings of urban life.
Ernst Haas, a pioneer of artistic colour photography, expressed the challenge so succinctly- “I am not interested in shooting new things – I am interested to see things new”.

Here there is a visual game of objects that look like faces. My photo below in Nantes has some parallels with this even if the representation of human form is more direct. It is still a matter of finding the right viewpoint and perspective to make the image work. 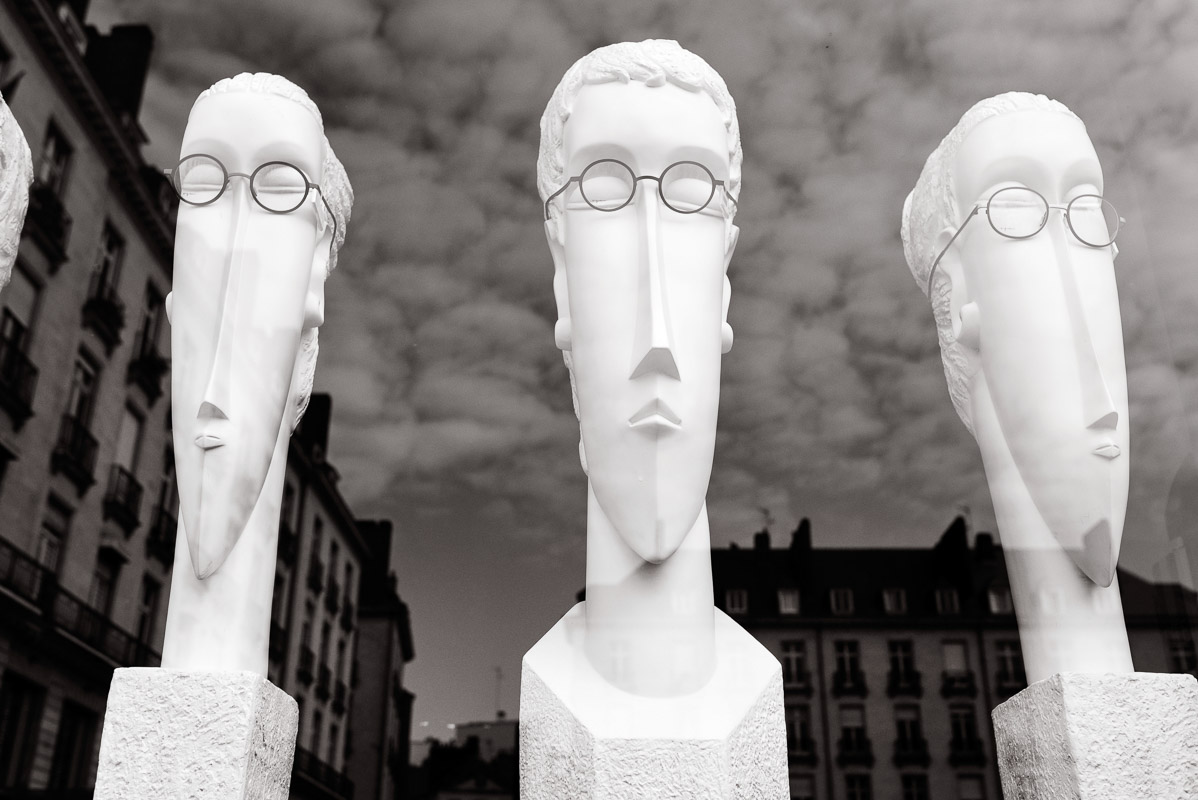 Generally speaking though, Haas was less interested in visual puns, and more concerned with creating beauty out of light and colour. His pursuit of the aesthetic often centred around the use of reflections and he was a true master of this art.

Reflections can appear to be a bit of a hackneyed theme, an overused photographic motif. It is true that often they appear like clever card tricks, bemusing the viewer on the surface, but revealing little below. However, there is a skill in going beyond the cliché and seeing the objects of everyday life transformed in subtle and intriguing ways. 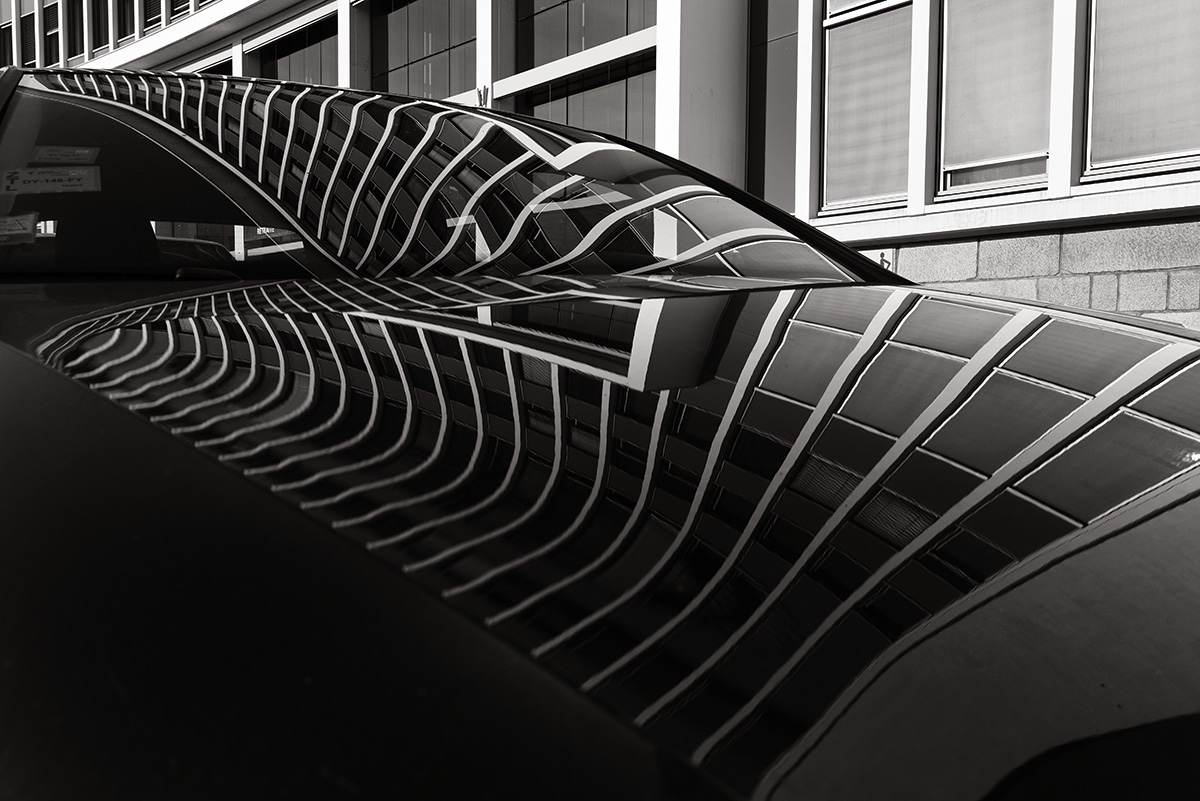 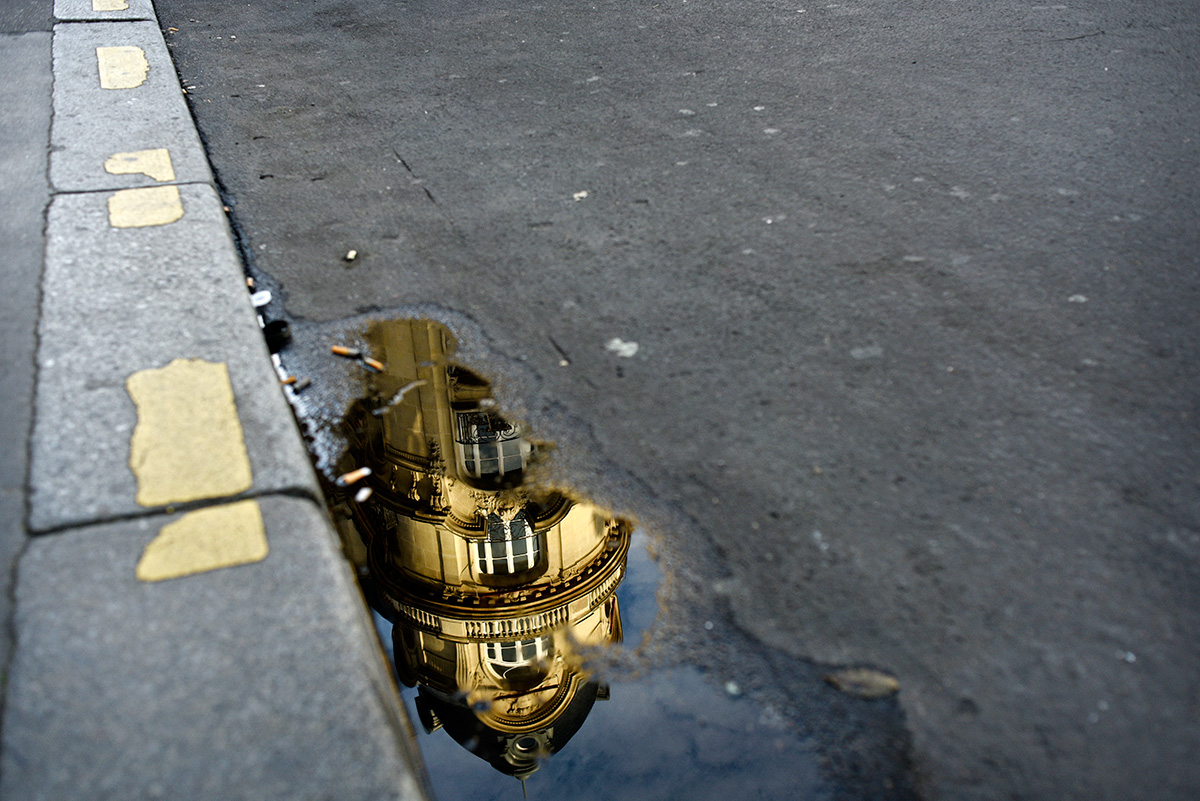 Just as Haas sought abstraction on the city streets through colour, so did Ray Metzker with black & white. His mastery of chiaroscuro, and his sense of line and geometry were instrumental in creating iconic photographs in Chicago and Philadelphia among other towns. Black was indeed his main colour, the rich background out of which passers-by emerged into the light. He also excelled in capturing the American experience without people, his play of light and shade, revealing the shapes and textures embedded in our urban fabric.

I was no doubt thinking of Metzker’s work when I took this photo in Athens.

From my point of view it is unnecessarily reductive therefore to prescribe Street Photography as being exclusively about capturing candid images of people going about their everyday business.
There is an equally rich seam to mine in so many other aspects of the city landscape. Shop windows, signposts, advertising hoardings, cars, discarded objects, are among a long list of sub-categories that have been well exploited throughout the ages. Sophie Howarth and Stephen McLaren devoted indeed a whole chapter to what they termed as “Still Life Street Photography” in their seminal book Street Photography Now (published in 2010). Moreover, as I have attempted to describe above, we can be inspired in more abstract ways through colour patterns, light effects, geometry etc. Personally it is this freedom and variety which I find so liberating when I pound the pavements, looking for a subject that will move me both emotionally and visually.

I think there’s no better place to end than with this wonderful photograph of the “smiling “leaf by Matt Stuart.

Is this Street Photography ? Of course it is. We couldn’t literally be closer to the street. A humane and universal image that shows that meaningful Street Photography derives purely and simply from the power of observation whatever the subject matter.