When I was starting out as a photographer I was fortunate enough to visit a Garry Winogrand exhibition and his work made an immediate and lasting impression on me. His ability to get in close, his knack of capturing people’s expressions at their most unguarded, and the dynamic energy of his compositions, were the hallmarks of his talent. One image that really caught my imagination and which has become one of his most iconic, is the shot of the glamorous couple walking through Central Park, holding a pair of chimps.

It is both utterly real and fantastically surreal : a classic visual moment that poses more questions than it answers. Inspired by this picture and others that he captured in and around the New York zoo, I embarked on one of my first personal projects, based on London’s zoo. Based in the centre of the capital city, nestling in the heart of the majestic royal Regent’s Park,  the zoo’s location and raison d’être seemed like a leftover of Victorian grandeur and folly. In the early 1990’s the very existence of the zoo was being called into question, the idea of gawking at caged and captive animals no longer chimed with a public becoming more environmentally aware.

My aim was to reflect my own ambiguities about the zoo and capture some of those scenes where man and beast are brought face to face, in an absurd, humorous and at times, disconcerting manner.

On a visit to the Arles festival last summer I had the pleasure of discovering the work of  Belgian photographer Michel Vanden Eeckhoudt. His beautiful and highly singular black and white images, often feature animals captured in unusual and surreal contexts, and this discovery was a further prompt for me to go back to my archives and revisit my London zoo project.

Here are a selection of those images that I believe have stood the test of time. Perhaps it’s the moment to go back, see how things have changed and find out whether there are still those Winograndesque moments to be caught in the viewfinder. 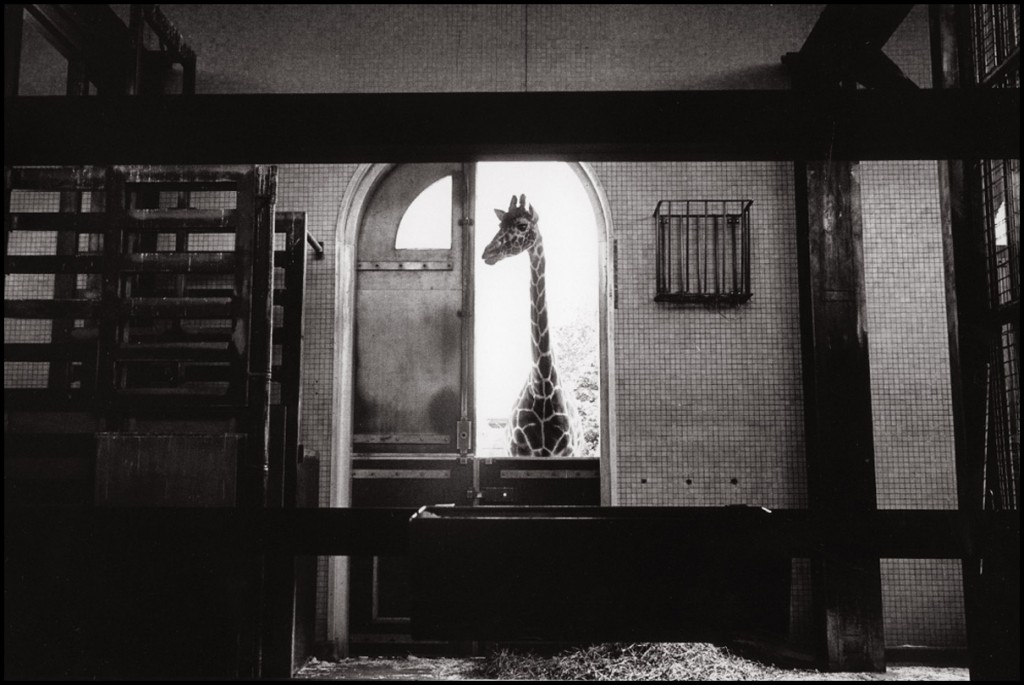 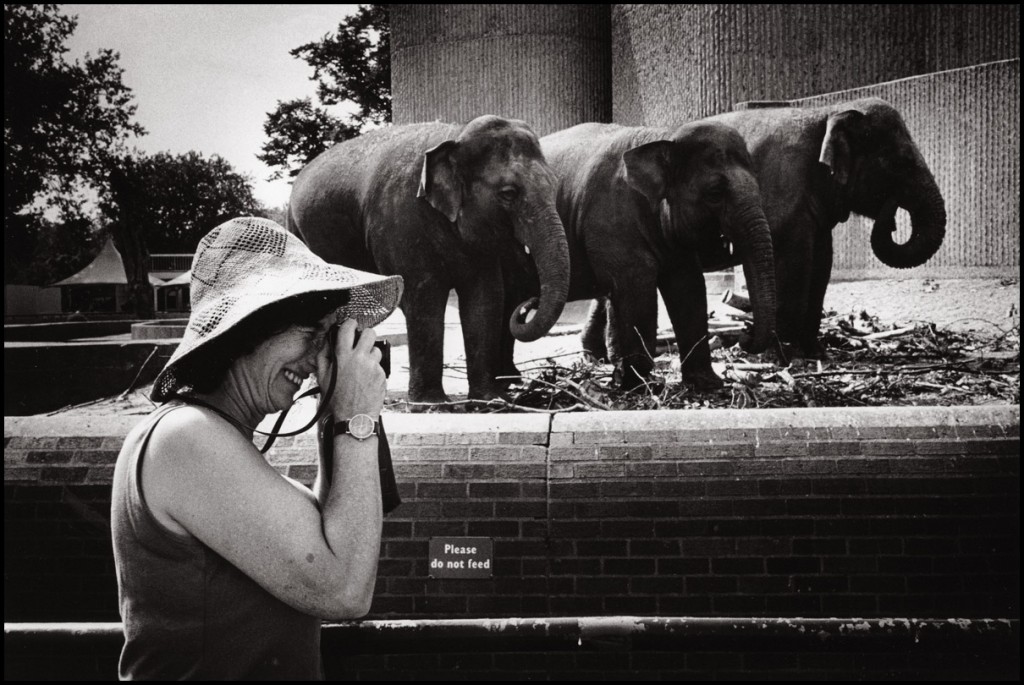 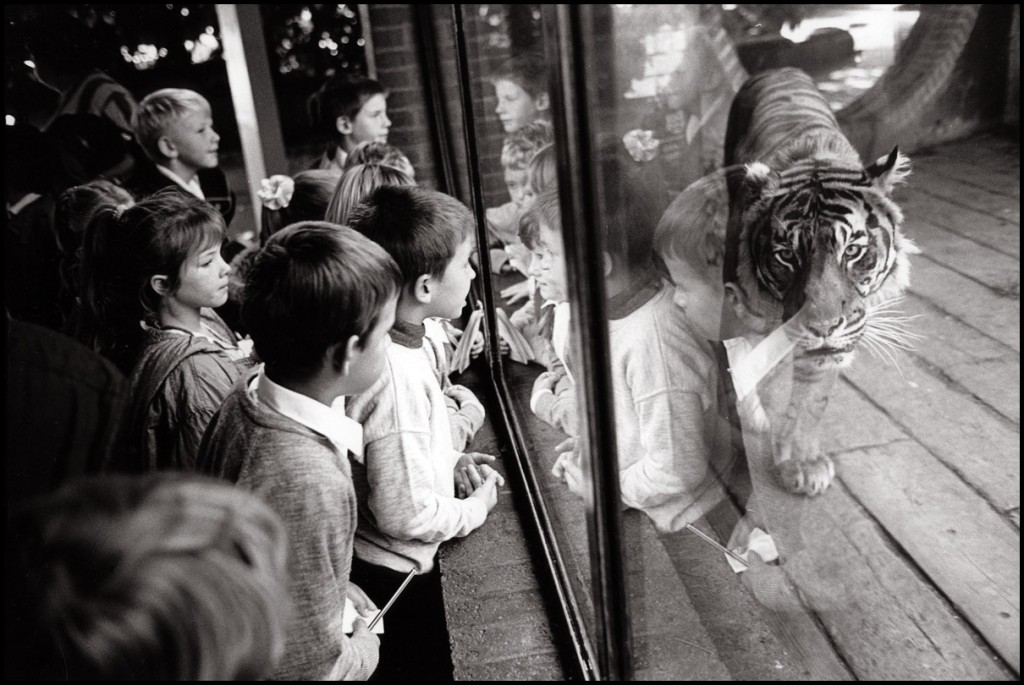 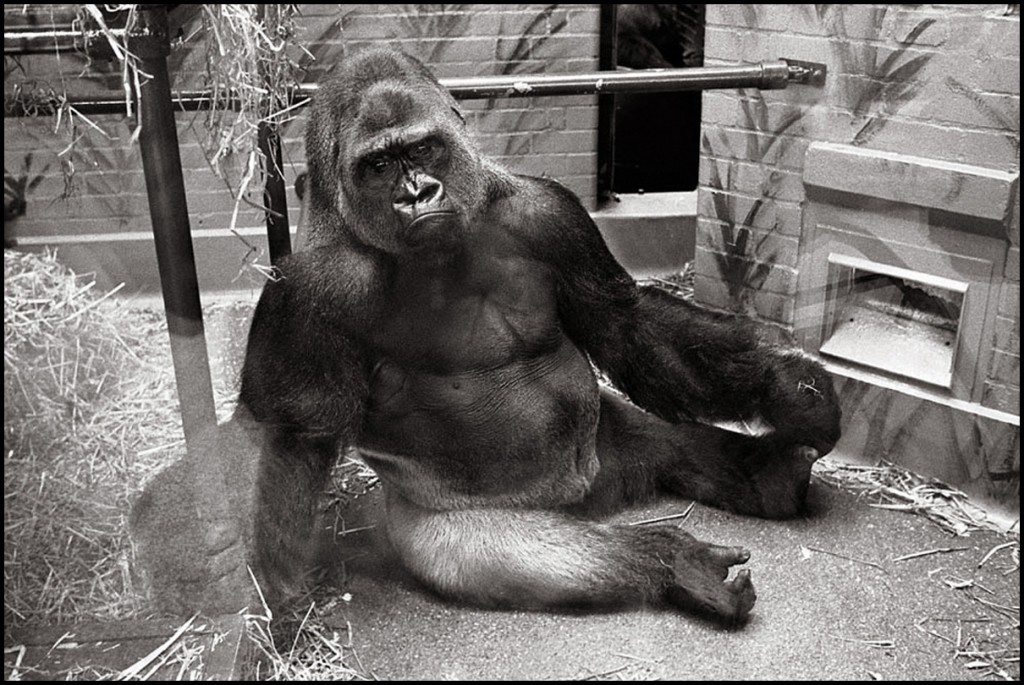 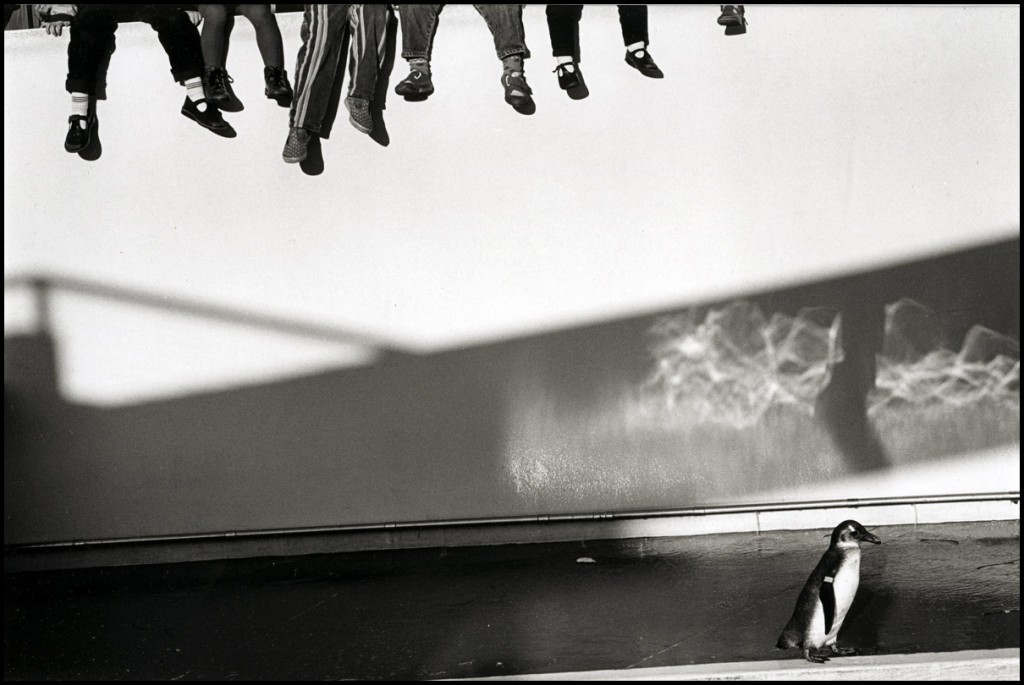 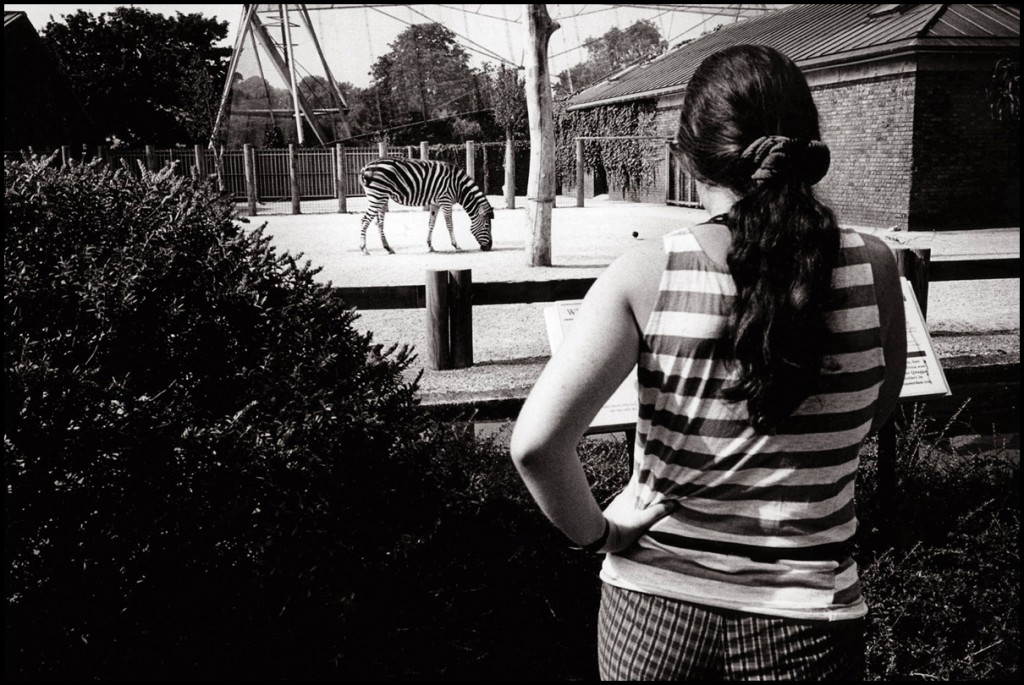 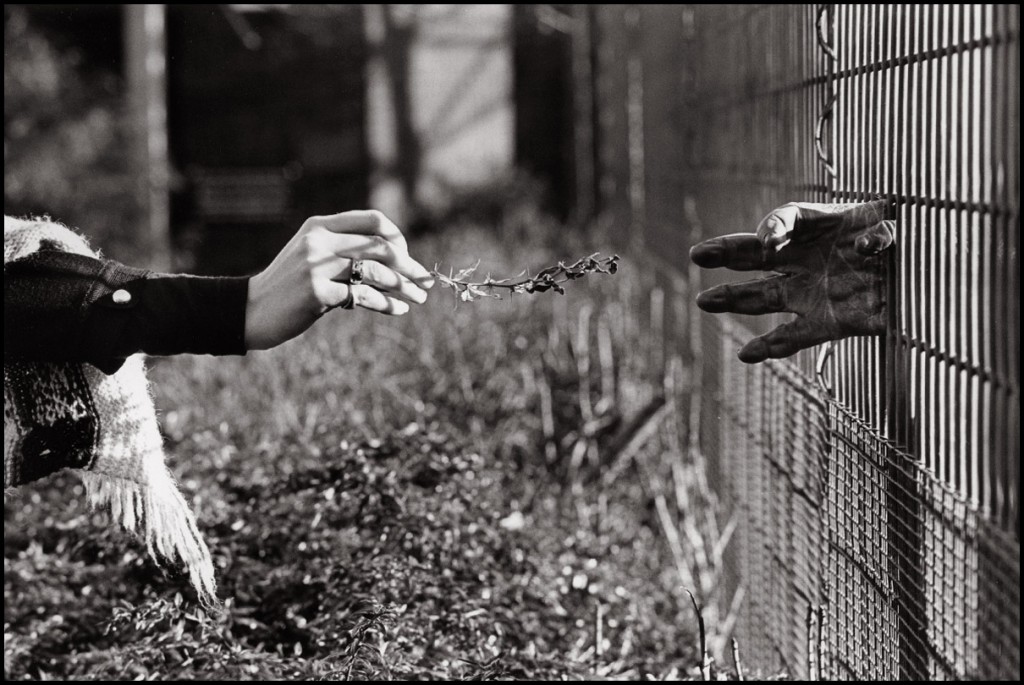 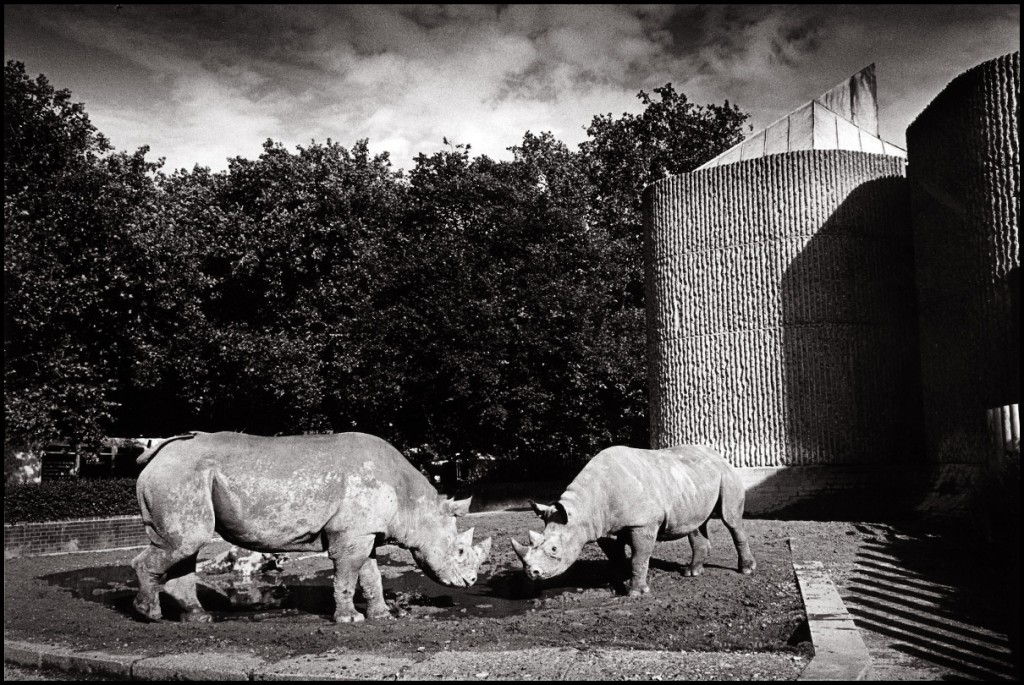 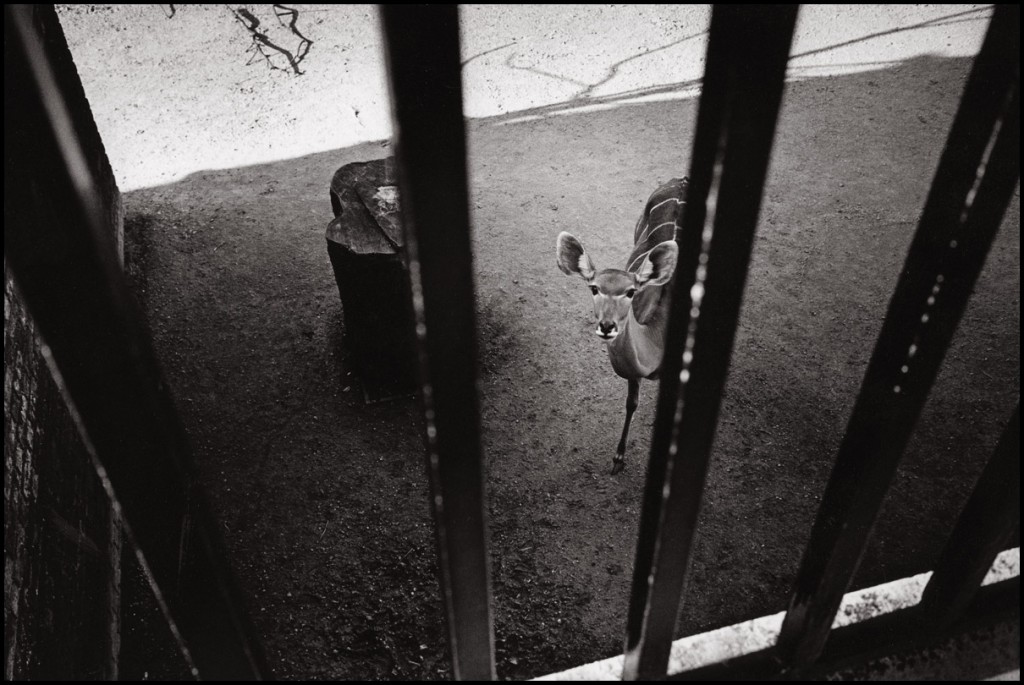 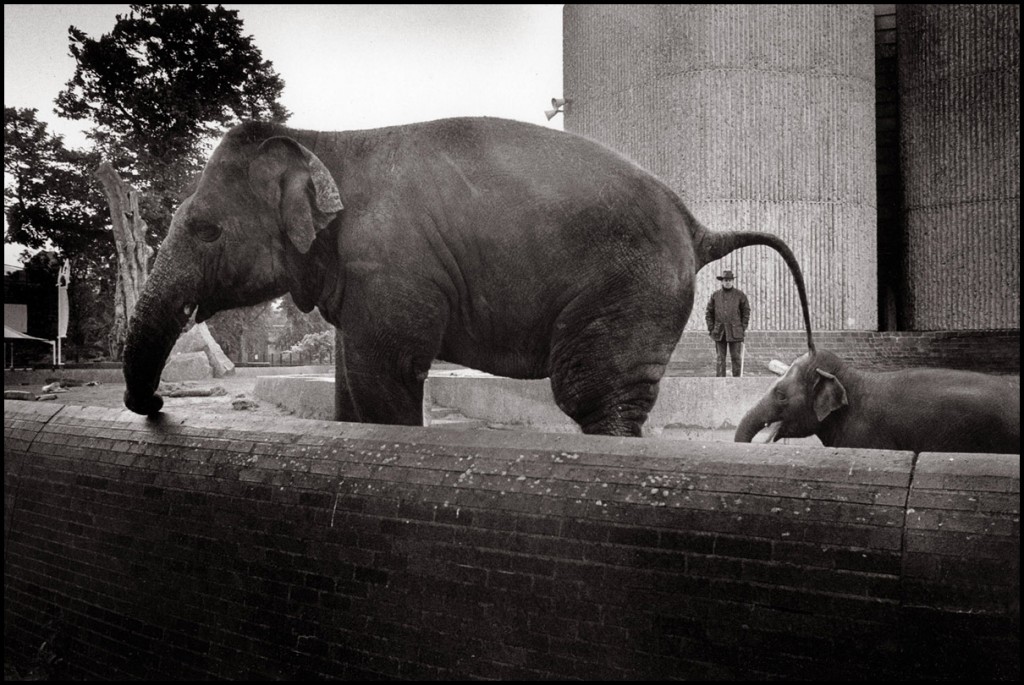