In praise of verticality

I’ve always approached photography as the art of capturing reality in a way that is not instinctively obvious to the naked eye. It is this unique photographic way of seeing that for me is best summed up by Garry Winogrand’s quote – “I photograph to see what something looks like photographed”.

This is one of the fundamental reasons I’ve often been drawn to the vertical format. In our day to day existence we experience our surroundings within a predominantly horizontal field of view. Framing a picture therefore within the upright dimensions of a 35mm camera, is a compositional choice which creates, by its nature, an alternate perspective, a viewpoint which is somewhat distanced from reality, and which can therefore offer a degree of abstraction and intrigue.

Compare the 2 pictures I took in Rome of a street performer on Ponte Sisto. 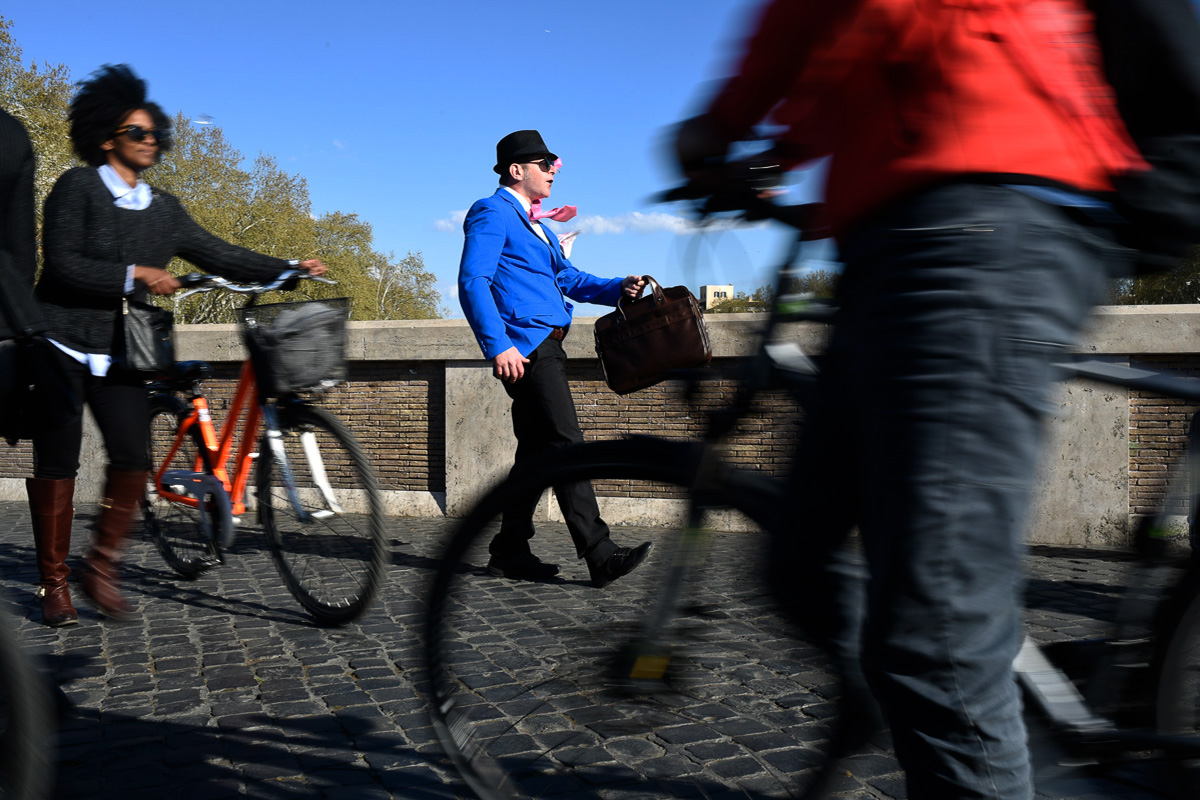 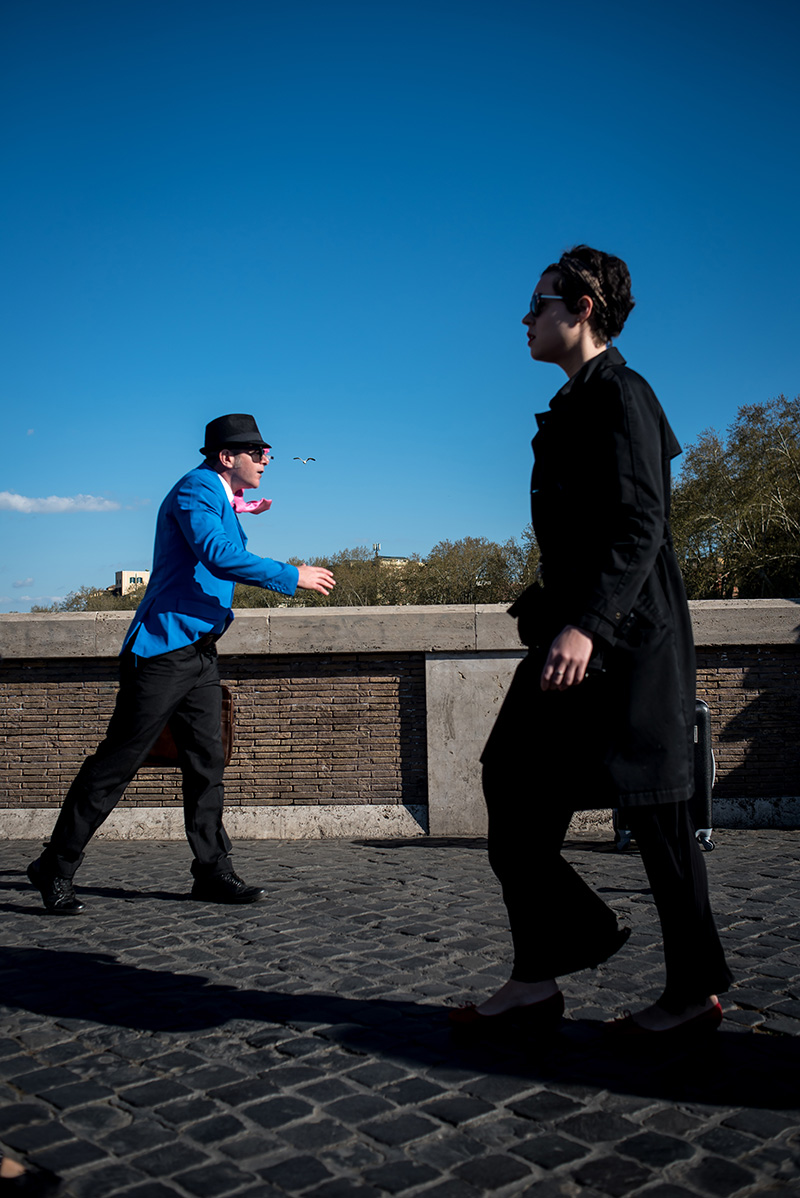 At first I shot in landscape format, trying to create some juxtaposition of movement. However, as soon as I adopted a portrait format, the image became more dynamic and I was really pleased to have seized this moment, which though partly intended, owes some fortune to luck, with the ideal placement of the figures and the contrast of blue and black. This upright image captures a feeling of time being suspended and adds an element of wit which wasn’t previously apparent.

The sense of space is also significant and one of the particular appeals I find in creating vertical images. While adhering to classical dimensions of dividing an image along the so-called “rule of thirds”, we can, in the portrait format, make particular use of what I call empty space, often using the sky, but also water and other simple elements, creating unusual perspectives. I find this game of finding balance among different weighted elements floating in a vertical frame, particularly inspiring and challenging. 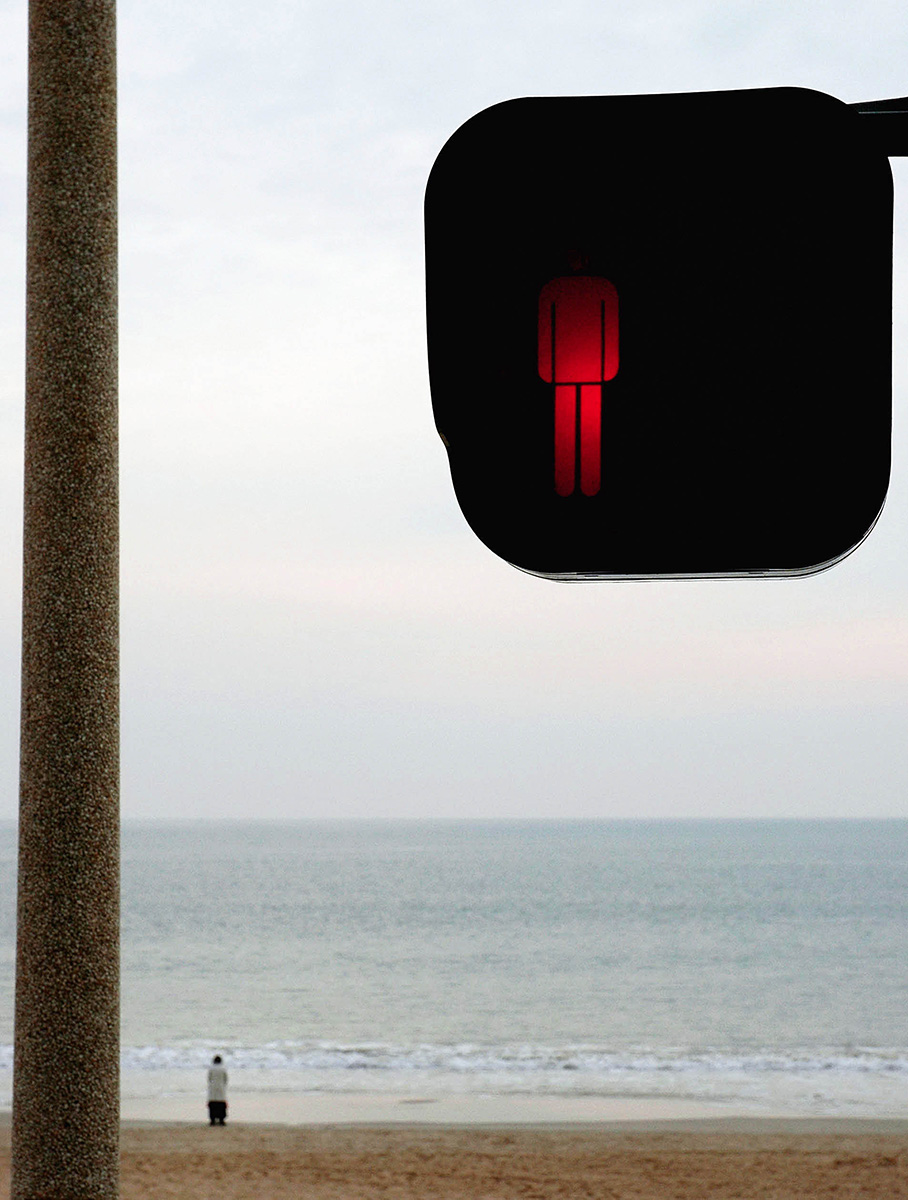 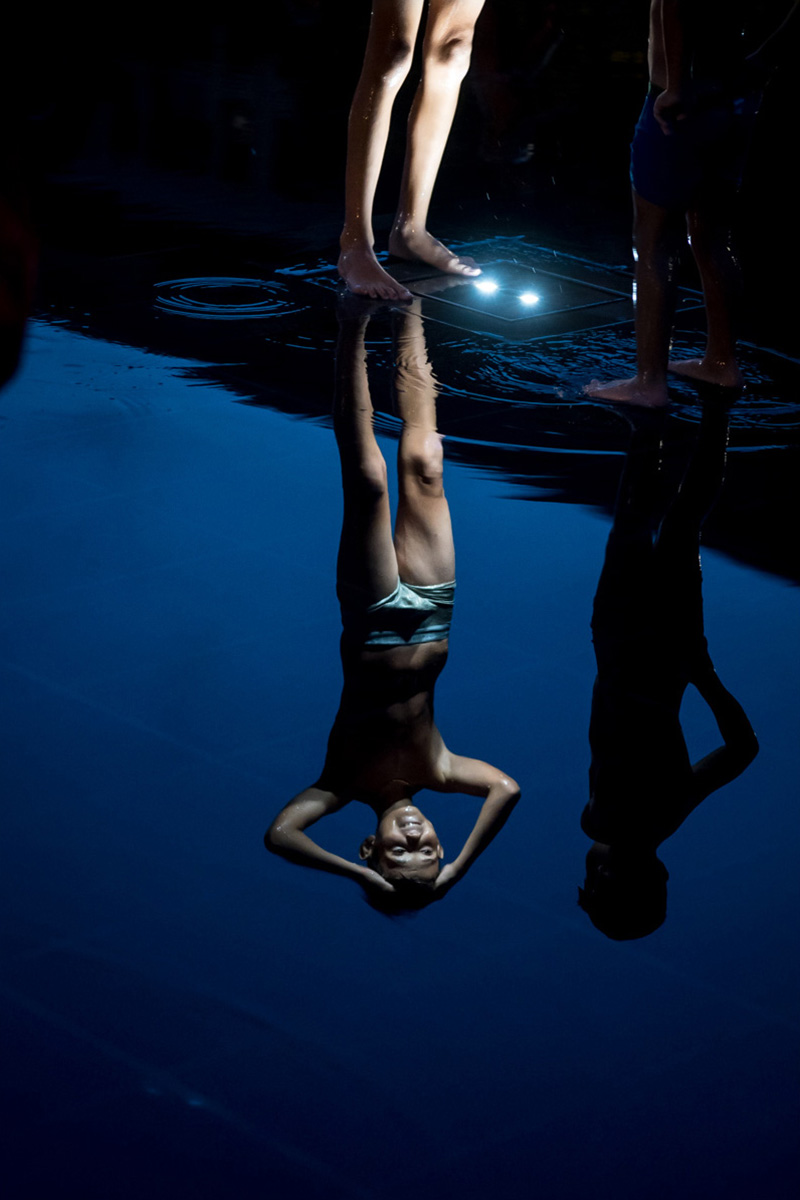 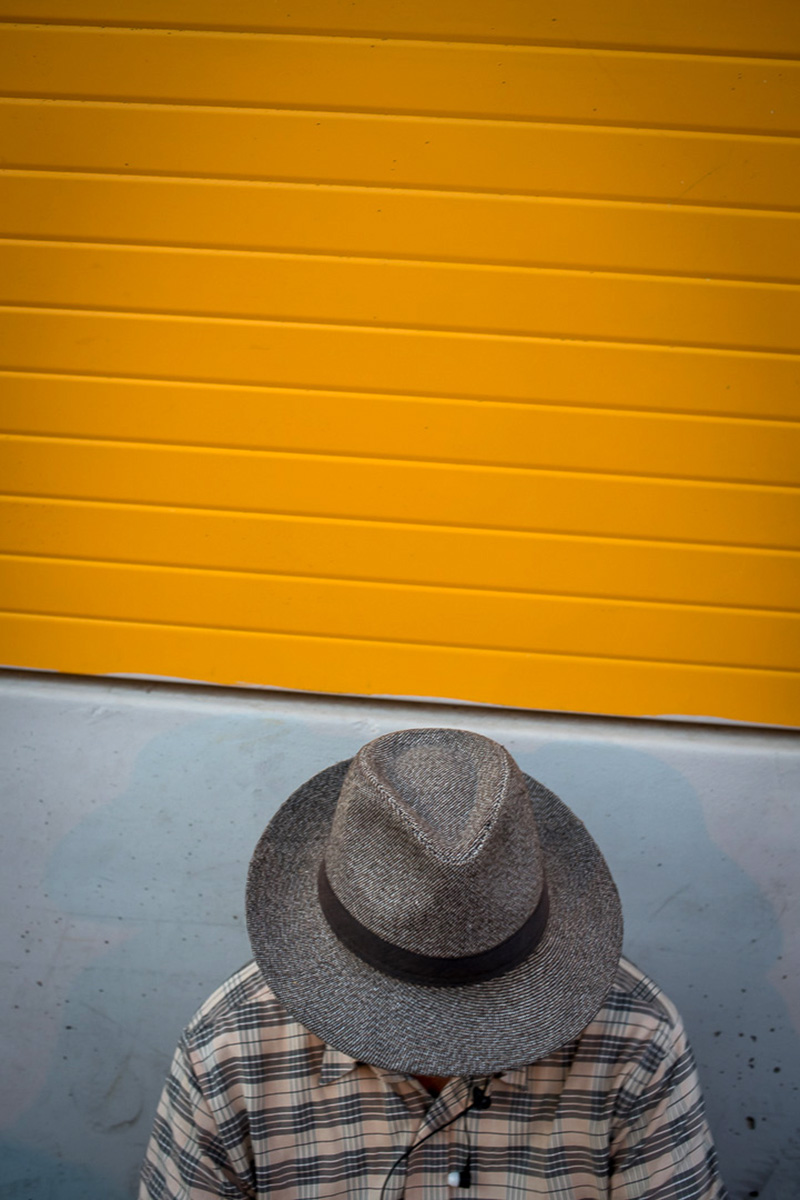 One of the other challenges I set myself is bringing two or more elements together in the frame in a way that is not immediately evident to the non-photographic eye, but which make for intriguing juxtapositions. 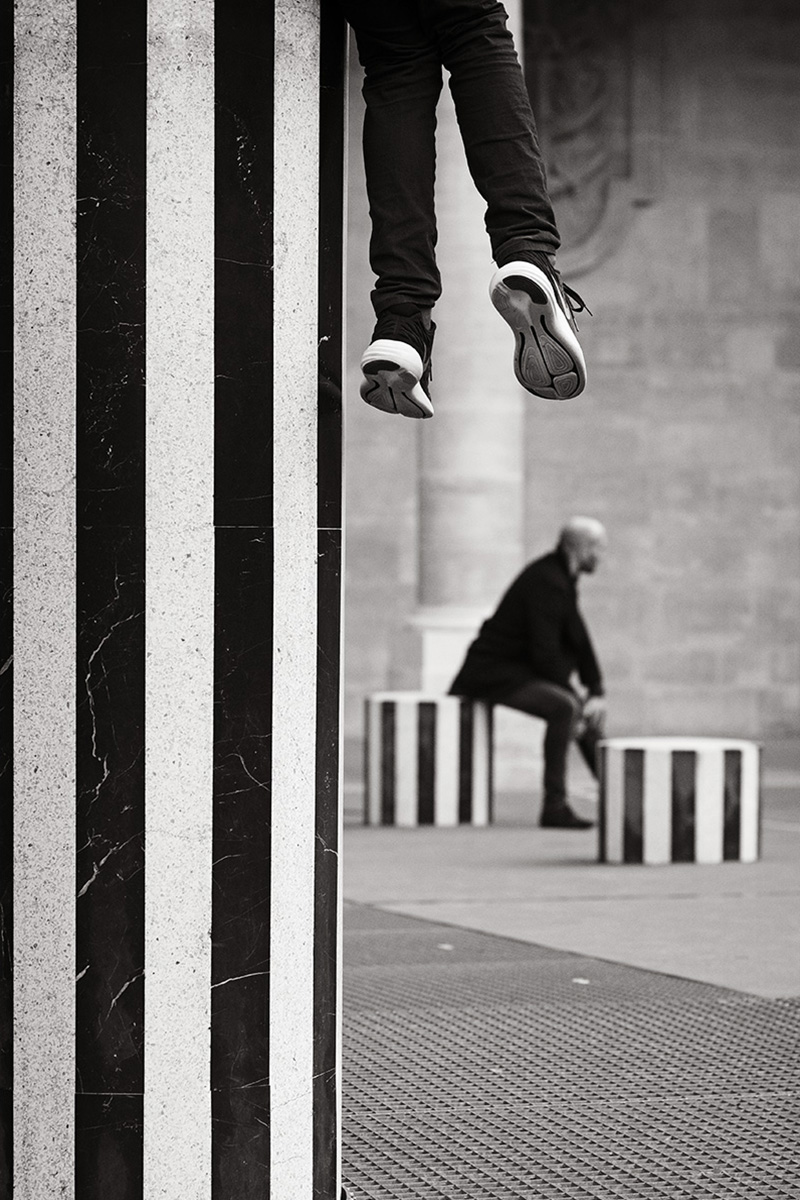 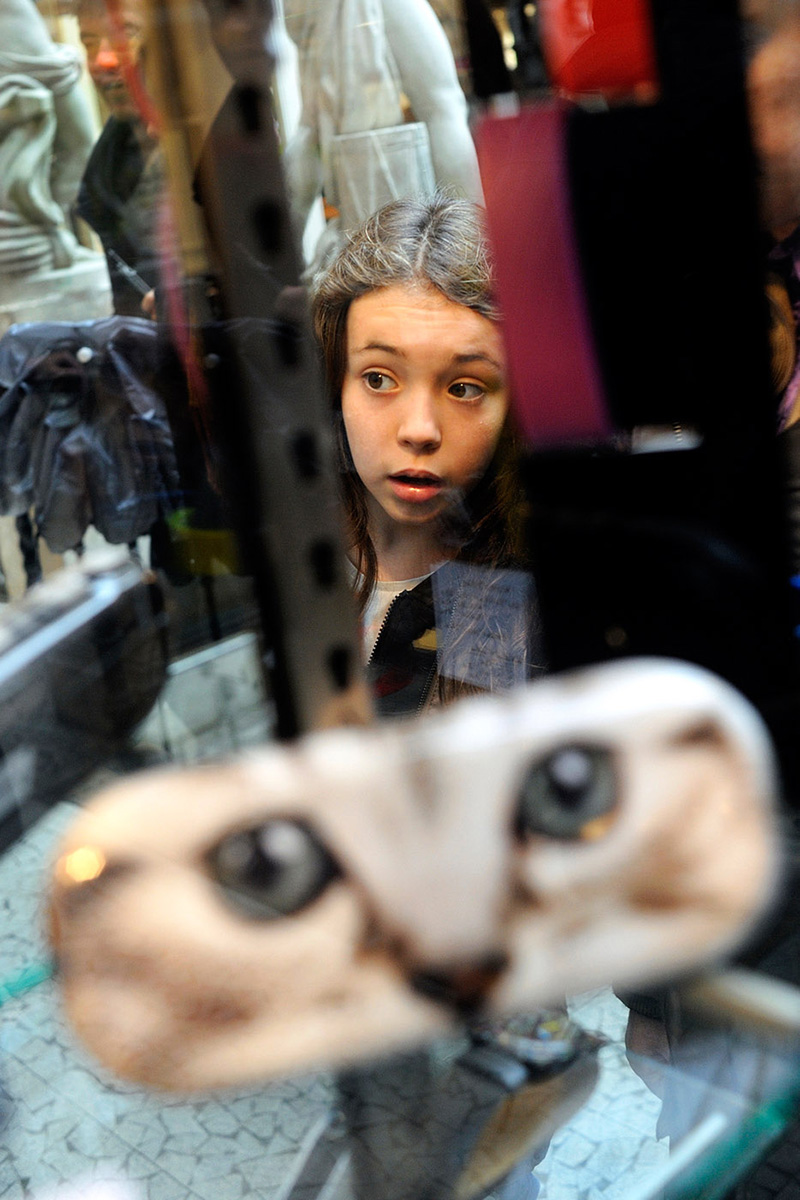 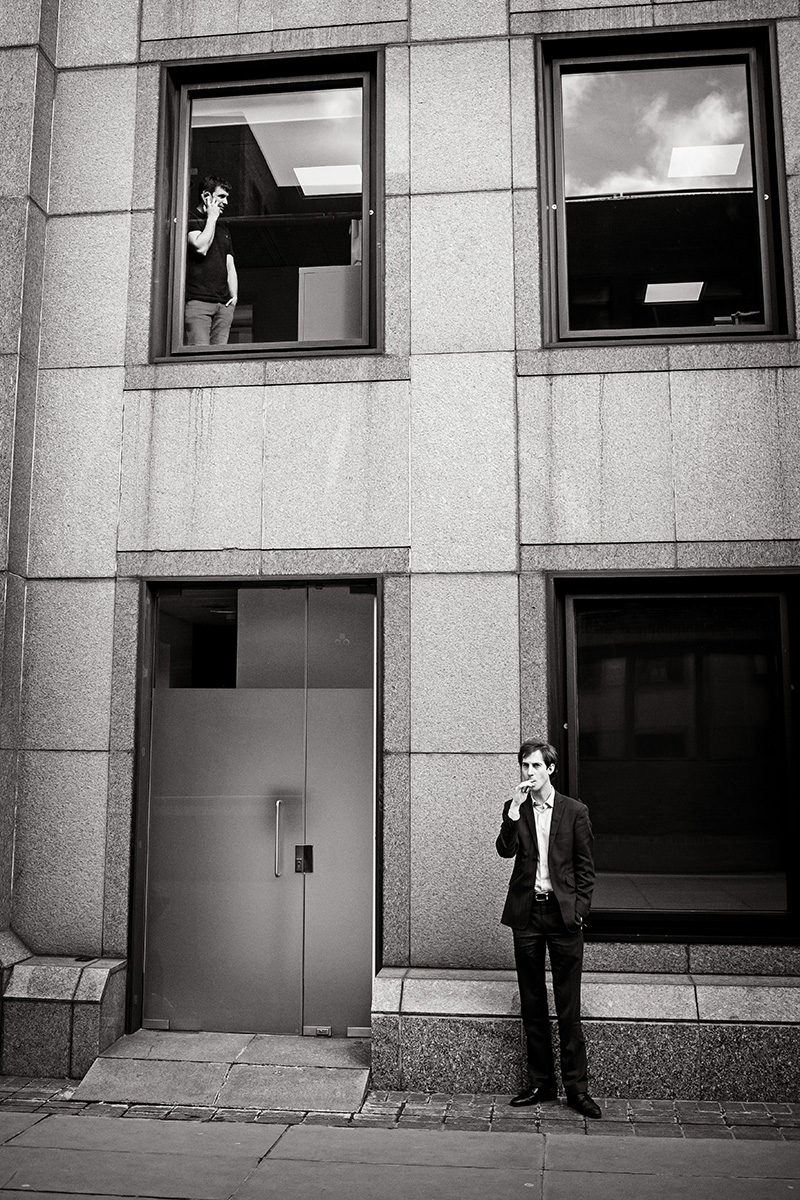 Needless to say, humour also plays a significant part in my approach, and the vertical format can be just as effective, if not simpler, than the landscape perspective in capturing this. 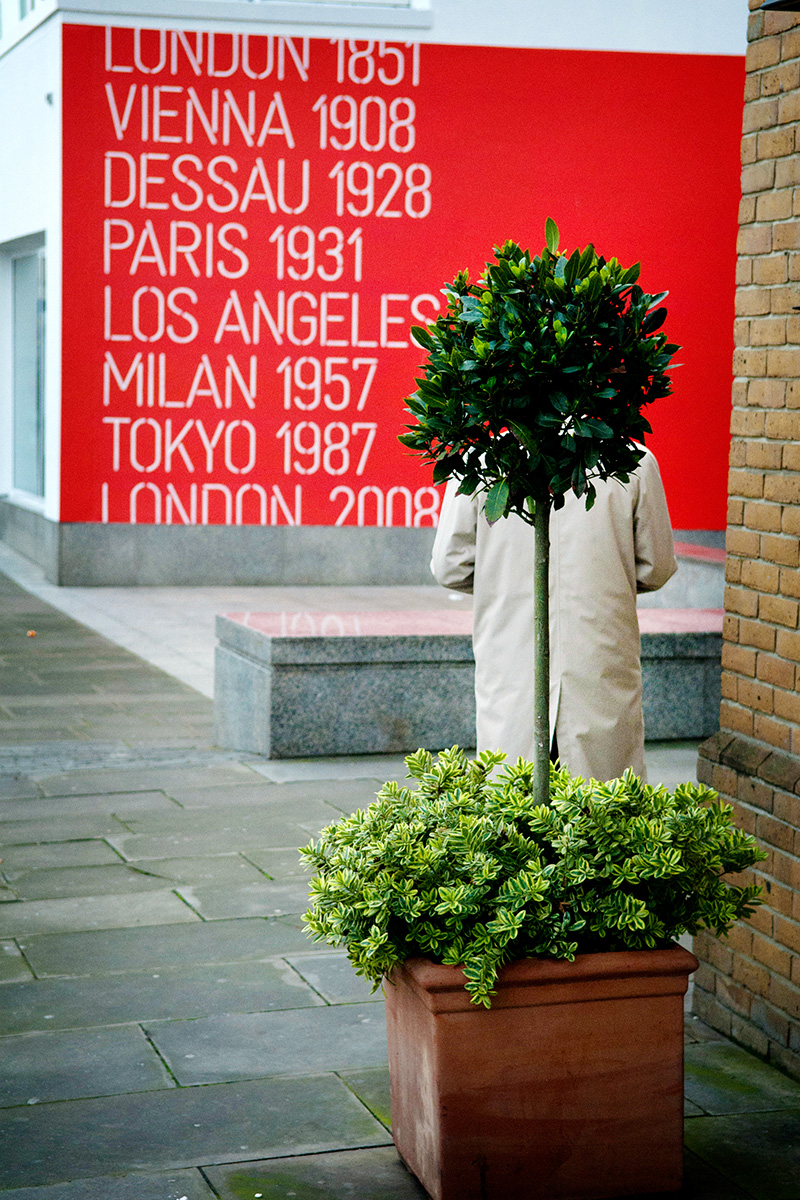 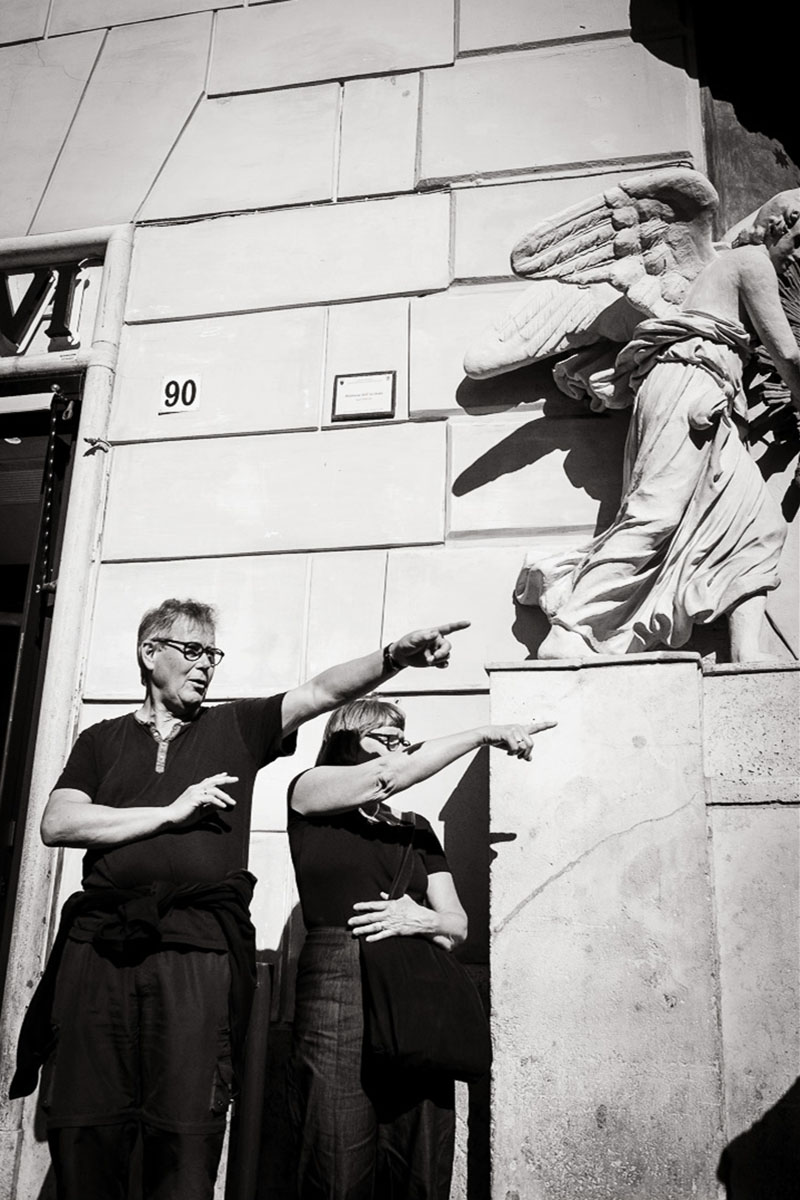 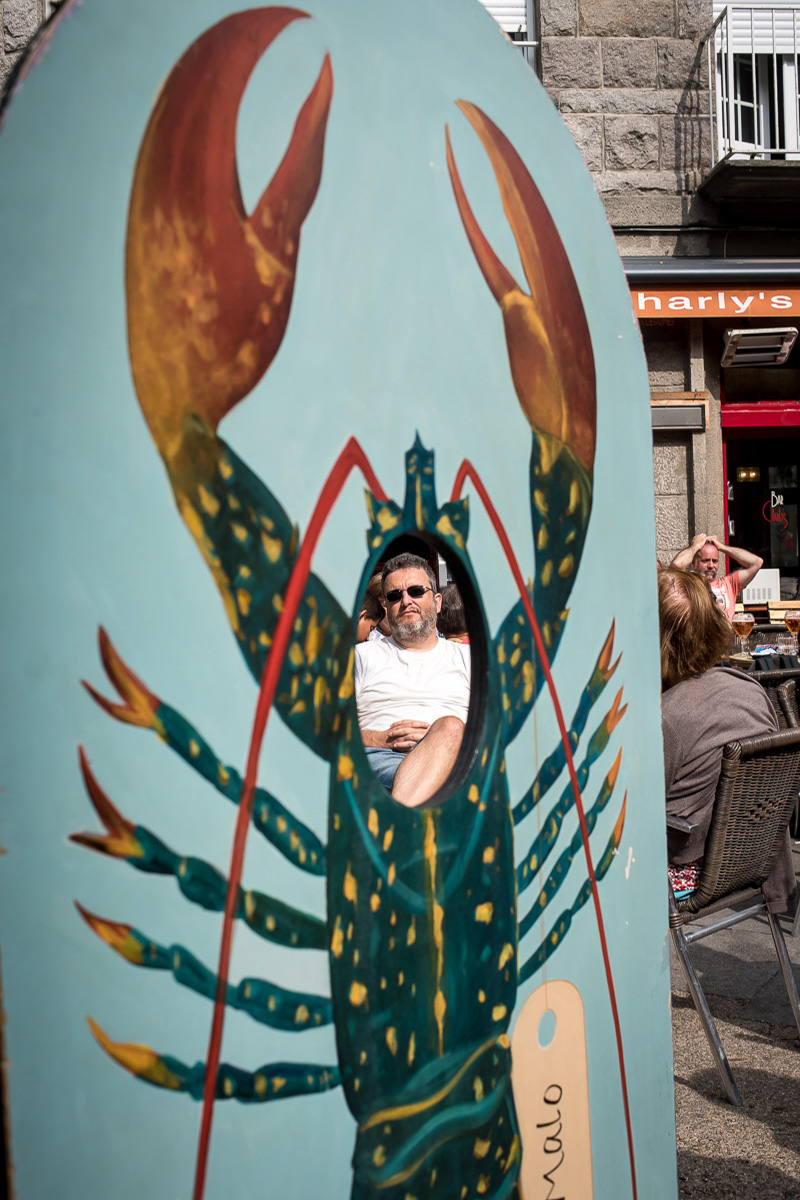 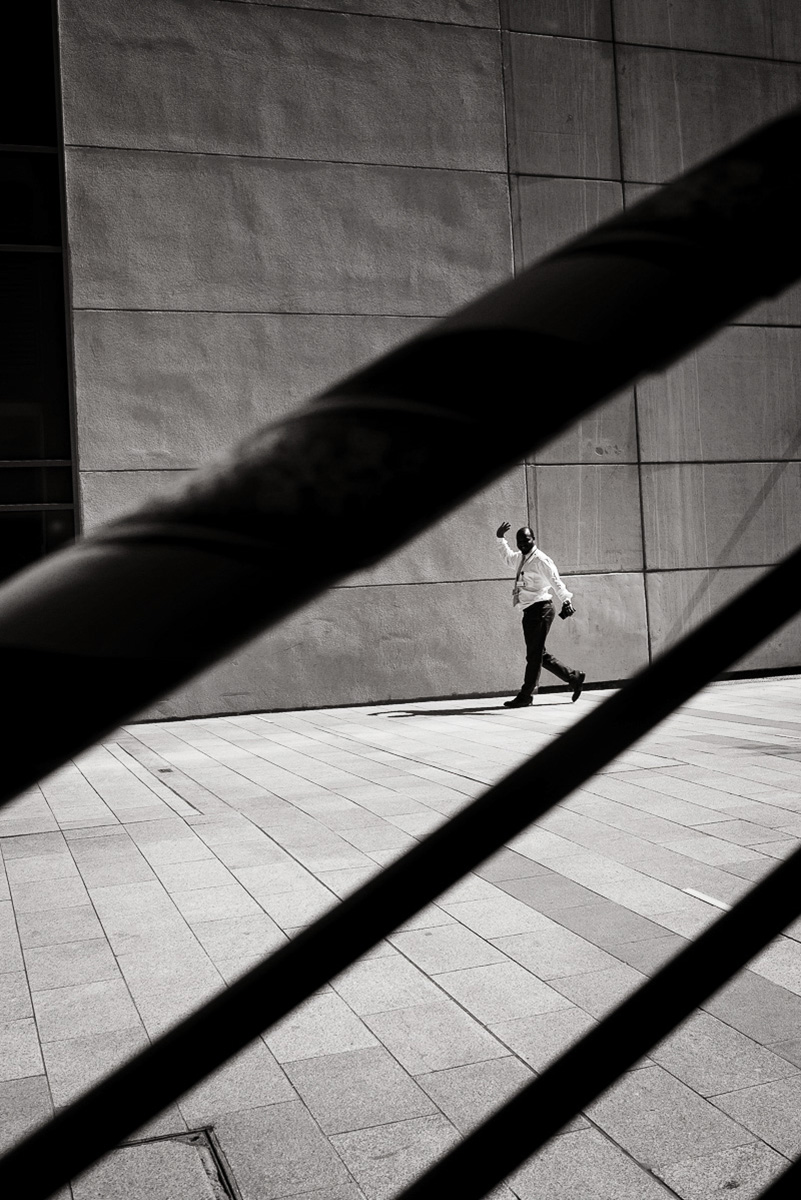 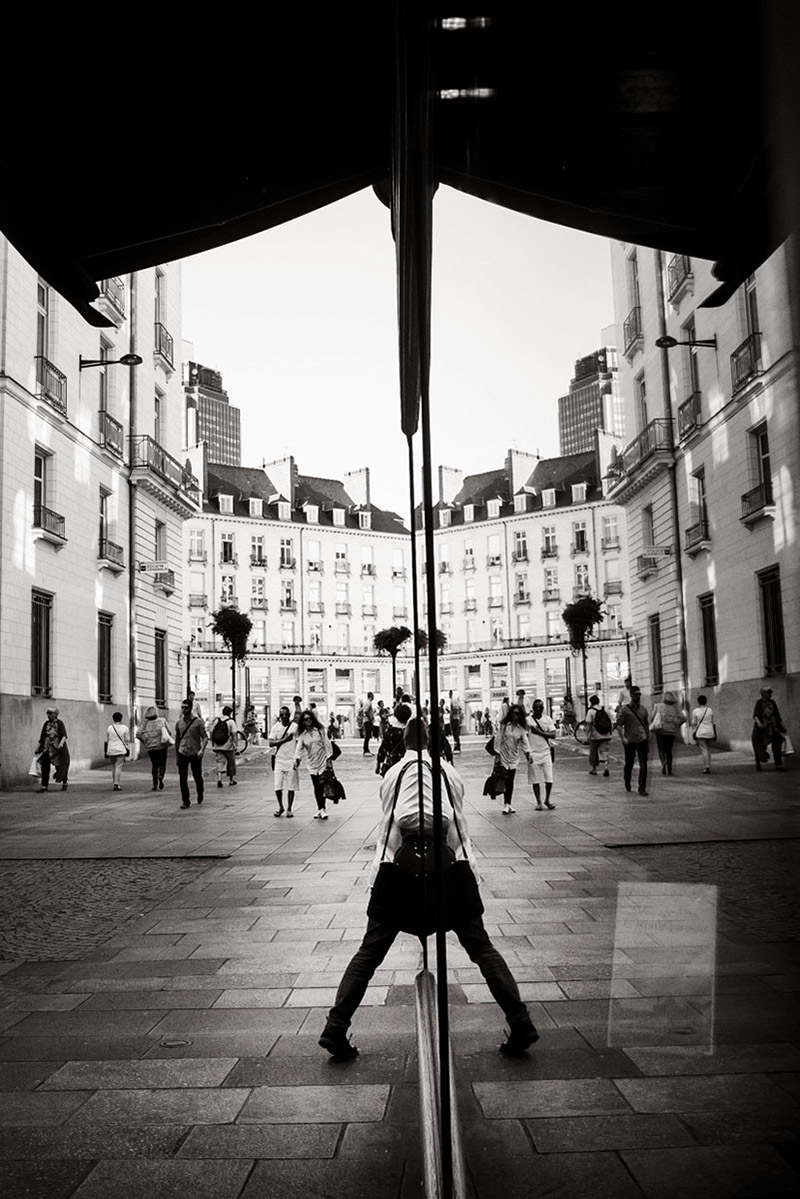 I don’t know if it’s more apparent now than before, but vertical images, certainly in Street Photography, seem to play the poor relation to their horizontal brothers. Maybe it’s because they don’t adapt so well to the computer screen- you even have to specifically reformat them to get a portrait picture displaying properly (uncropped) within instagram. In the latest Lens Culture Street awards, not one vertical image was selected.

Is this just chance or an in-built bias? Well there is a definitely a current trend for complex images that have many layers and a lot going on in the frame, no doubt influenced by Alex Webb, among others. It is true that, by contrast, in many of my portrait format photographs I seek out a quiet, still atmosphere, with only one or two elements taking centre stage. 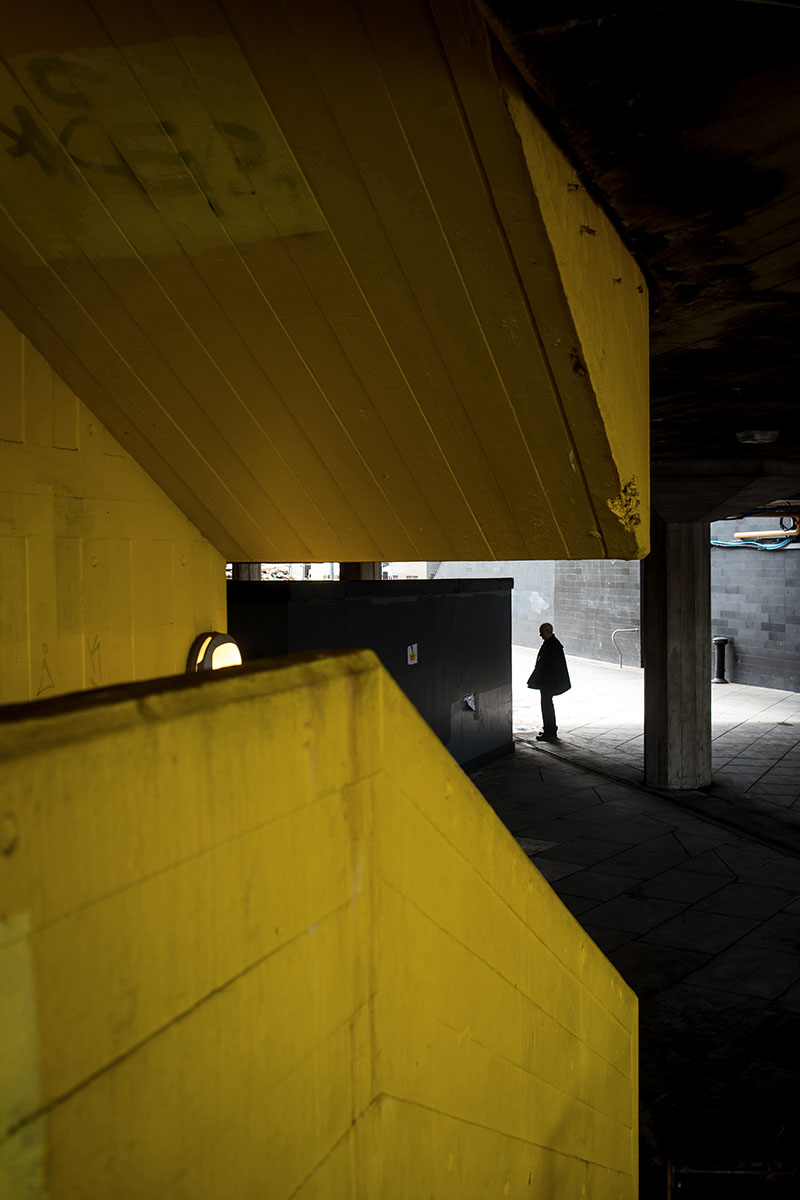 However, the young Czech photographer, David Gaberle, showed in his wonderful first book, Metropolight, that it was possible to create modern, multi-layered, rhythmic photos within the vertical frame.

I too have used this reflection technique to capture the play of light and colour, in a similar way to Gaberle, though with less hustle and bustle. 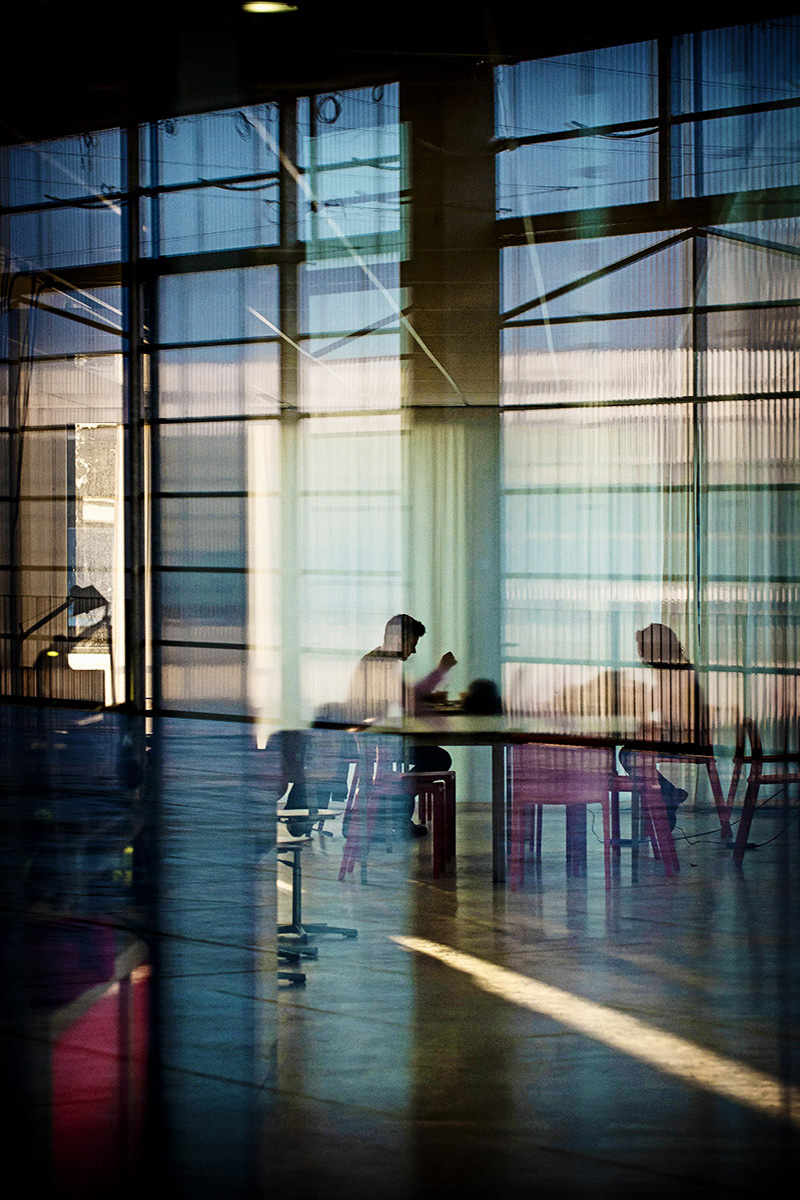 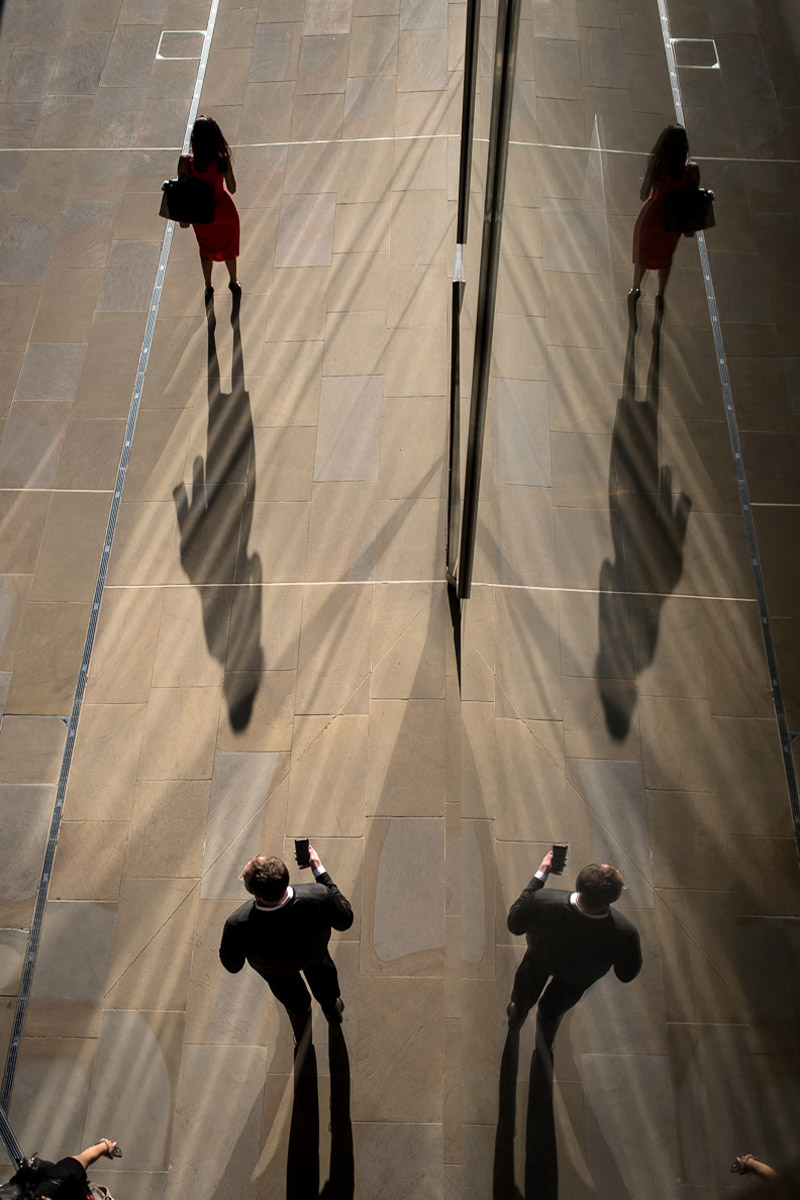 Form should never take precedence over content, and I am not advocating shooting in vertical format, as a stylistic approach, a way to stand out from the crowd. Each situation is unique: sometimes a landscape photograph is the most appropriate and other times a portrait shot fits best. However, I have unwittingly come to realise that verticality is definitely part of my photographic DNA and would like therefore to promote the virtues of such an approach as outlined above, what I perceive as a rather uneven presentation of Street Photography as the almost exclusive domain of landscape format shooters.

Apart from Street and Wedding Photography, I also

A dog showing no respect for tradition and heritag

Enjoyed a wonderfully relaxing day at the famous G

A favourite winter picture of mine taken in 2018 a