Clear the mind and see the light

Four weeks ago when lockdown was first imposed, I, like many other photographers, was concerned about jobs being cancelled and postponed. Quite quickly though, as we adapted as a family to this unprecedented situation, I realised we were the fortunate ones: living in a comfortable house, with a nice garden, far removed from the worst-hit areas. Morevoer, after a very wet start to the year, Spring had finally arrived, bringing with it long days of uninterrupted sunshine.

Having initially devoted my time to catching up with outstanding administrative tasks – client emails, accounts etc- I soon developed an urge to pick up my camera again. My focus was not directed at documenting the new constraints of family life (partly because my wife and daughter were not particularly willing subjects), but rather I turned my eye to the stationary objects of our domestic environment as an instinctive need to find some artistic expression. 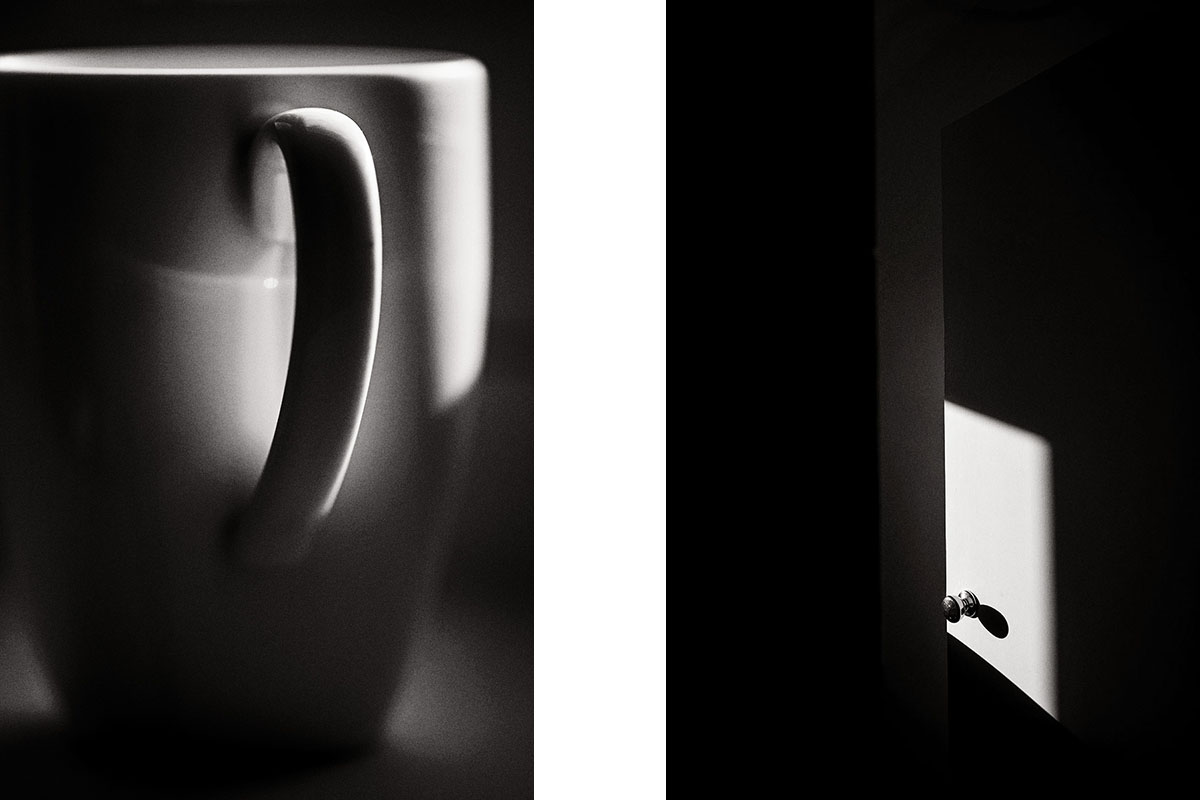 As the days of isolation continued I began to become more and more aware of how the light at different times of the day turned quotidian household fixtures and fittings into objects of beauty. The simple duty of having to slow down had uncluttered my brain and increased my sense of perception. I literally saw things in a new light. 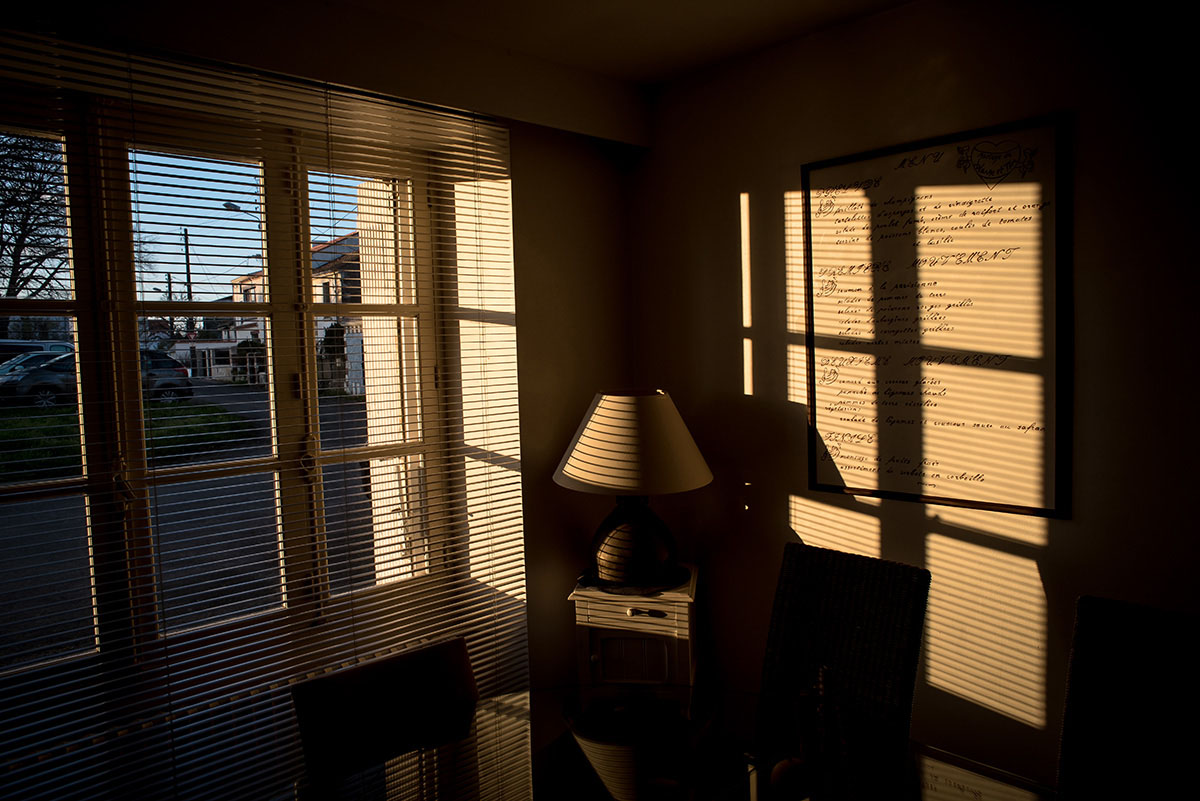 One photographer who may have had a subconscious role in this newfound creative pursuit is André Kertesz. I remember a collection of his works being the only photographic book my parents had in their house when growing up, long before I developed any real interest for the subject. His poetic vision was truly unique. In the last century he was already practising the art of photographing the outside world as an inside space, often from within the confines of his apartment (most notably in the States). Window views, overhead perspectives, plays of light and shade, these were all key to his form of expression.

Just last week I took a picture on the first landing of our house and posted the image on social media. 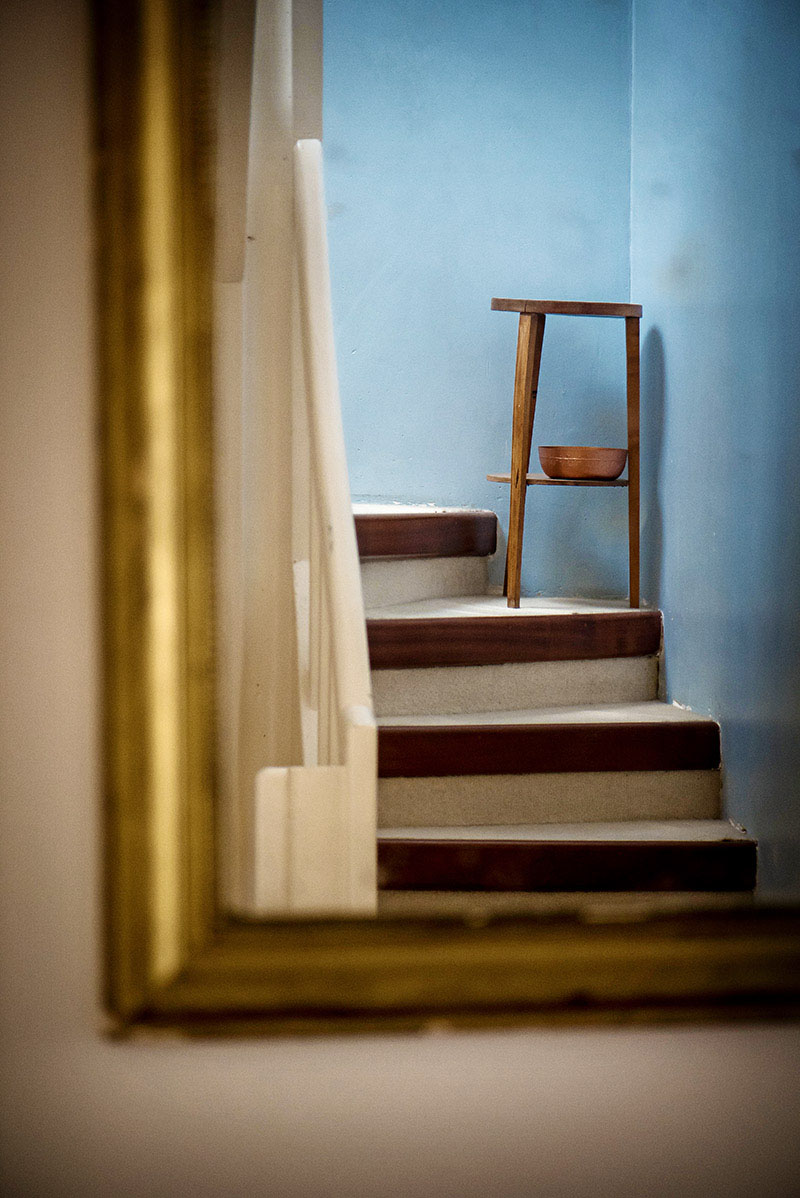 Without pretending in any way it was a viral hit (excuse the pun), I was pleasantly surprised by the level of positive feedback. Obviously I liked the picture myself, and had evidently seen something that made me stop in my tracks and take the camera out of the bag. But it is difficult to understand what made it that little bit special; I have literally walked passed this view on thousands of occasions over 10 years of living in the house, without ever bothering to stop and take a photo. I can only reason that the current situation has taught me once again that the magic of photography lies not in a game of smoke and mirrors (despite this particular frame !) but in the capacity to view things afresh, with an unprejudiced eye and open mind.

And yet though I say afresh, I am no doubt indebted to the ways of seeing shown by innovators such as Kertesz. The graphic lines of the mirror edges and the curve of the staircase, draw obvious comparisons to the perspective he employed in his photograph at Mondrian’s studio in 1926 – “I went to his studio and instinctively tried to capture in my photographs the spirit of his paintings. He simplified, simplified, simplified. The studio with its symmetry dictated the composition.”

I would not go as far as to say I am thankful to be in enforced quarantine. I am however grateful to be in a position to still pursue a creative activity. It has often been stated that when limitations are imposed and spheres of action circumscribed, then interesting and original work can transpire.